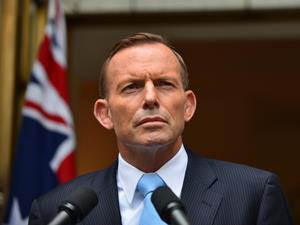 Australia’s university researchers are to pay to keep the country’s national infrastructure projects open, thanks to a budget settlement which has been criticised for lacking vision and cohesion. The National Commonwealth Research Infrastructure Strategy (NCRIS) – which supports projects and facilities ranging from astronomy and nuclear research to genomics and supercomputing – will get A$300 million (£150 million) to see it through to 2017. Its funding had been held up because of an attempt to tie it to the progress of a controversial higher education reform bill. All of its 27 facilities were close to closure, with 1700 redundancy letters drafted, before a high profile campaign began two months ago.

The campaign succeeded but science leaders urged the government not to take money from other research areas. However, this week’s budget removes more than A$262 million from the very block funding grants which support university scientists who use the NCRIS facilities.

Catriona Jackson, chief executive of Science & Technology Australia, says that it’s ‘very counterproductive’ to take money from the sustainable research excellence initiative, which helps fund the indirect costs of university research. ‘This fund is always raided by government, because government perceives that voters don’t understand it or care about it.’

But ‘two years is very good news’ for NCRIS, she adds, as it provides breathing space for the government to consider and respond to a major review of research infrastructure, which is due this summer. A long-term strategy is urgently needed: since 2011 NCRIS has ‘limped’ from year-to-year with no long-term funding, but has never run so close to the wire.

But the crisis in science funding has meant that Australia is suffering from a brain drain, says Sam Popovski, secretary of the Commonwealth Scientific and Industrial Research Organisation (CSIRO) union, whose staff work in many of the collaborative projects across the country. The CSIRO has already lost 20% of its workforce in just two years. Last year it suffered a record A$111 million budget cut. ‘CSIRO was the pathway for the brightest and best interested in doing translational research, but if there is less opportunity here they’ll go,’ says Popovski.

He points out that other countries, for example Singapore, now have offices in Australia geared toward attracting CSIRO scientists. ‘But there’s no flow the other way – people aren’t coming into Australian science,’ he adds. Last month, the CSIRO staff voted for a campaign of industrial action, after deadlocked negotiations over pay and conditions. Popovski says the action targets reporting and administrative processes but doesn’t interfere with the science. This year’s budget projects further cuts to CSIRO’s budget of between A$2 million and A$6 million a year until 2018, when funding is expected to increase by A$49 million.

Other losers in this week’s budget are the Cooperative Research Centres (CRC), which will see funding fall by A$26.8 million over the next four years.

Jackson says she was extremely surprised to see these cuts, as a review by the former chair of Innovation Australia, David Miles, has only just been completed. ‘CRC is the gold standard for industry–academic collaboration, which we really need in Australia,’ she notes. Popovski agrees, adding that ‘industry collaboration is crucial at a time when we need to put the economy on a smarter basis, as the mining boom wanes’.

Researchers did welcome A$13 million of new funding which will keep the Australian synchrotron operating until 2017. The remainder of its annual operating costs will met by the state of Victoria and the New Zealand synchrotron group. Again, science leaders say a long-term funding plan is needed. The synchrotron is managed by the Australian Nuclear Science and Technology Organisation, which will get A$49 million to upgrade waste storage facilities and to honour international waste agreements.