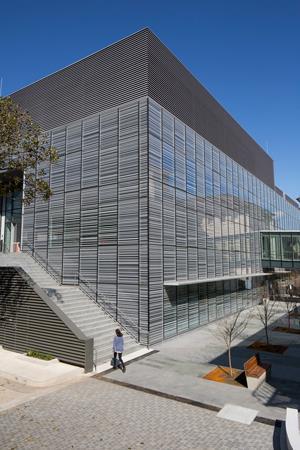 The University of Sydney has opened a new A$150 million (£80 million) nanoscience building, the first purpose-built facility for nanoscience in Australia.

The university launched the Australian Institute for Nanoscale Science and Technology (AINST) and its headquarters, the Sydney Nanoscience Hub, with a two-day conference in late April.

‘This is the best building of its kind in our region. It will allow us to operate research instruments that enable us to ask questions at the frontiers of science,’ said the hub’s director Simon Ringer at the launch event.

The building itself contains some of the world’s most advanced purpose-built nanoscience laboratories, shielded from external electromagnetic interference using thick aluminium sheeting and an electronic interference cancelling system embedded in the walls. This allows the environment inside to be very precisely controlled so that light and matter can be scrutinised at the nanoscale. Also inside the hub are state of the art research and teaching facilities including a cleanroom and transmission electron microscopy suite.

AINST will launch with five initial flagship research programmes, covering areas such as quantum simulations, photonics and biological nano-vesicles. Chemistry professor Thomas Maschmeyer is heading up the Nano-engineered Reversible Energy Storage flagship that will focus on developing new battery technology. His group is working on zinc–bromine batteries, in which ions are transported through nanostructured gels.

‘The invention is the basis for the design of rapid, inexpensive, durable and safe electricity storage,’ said Maschmeyer. ‘The idea is to build houses with batteries inherently included as part of their structure, ready to take advantage of rapidly improving solar energy technology.’

As well as accommodating university researchers, the institute will open its doors to entrepreneurs and SMEs. Maschmeyer’s spinout company, Gelion, has attracted an A$11 million investment from UK solar energy company Armstrong Energy and will be based at the hub. 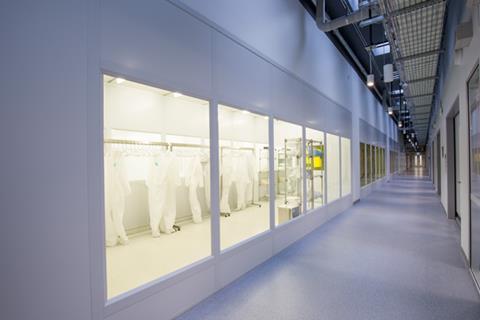 The AINST is jointly funded by the University of Sydney and Australia’s federal government, with A$40 million coming from the government’s Commonwealth Education Infrastructure Fund.

Nadia Levin, chief executive of the science advocacy group Research Australia, welcomed the new institute. ‘The establishment of this facility will be an event we look back on in not too many years, and we will point to as the engine that drove new research, industry and innovations that improve lives,’ she said in a statement. ‘It will bring together University of Sydney ingenuity, federal government investment, industry and start-ups, all of which are critical parts of the applied research ecosystem.’