Concerns about the drug industry’s influence on doctors have grown over the years, and new research suggests that even relatively inexpensive meals that drug reps often buy for physicians in the US could affect their prescription patterns. 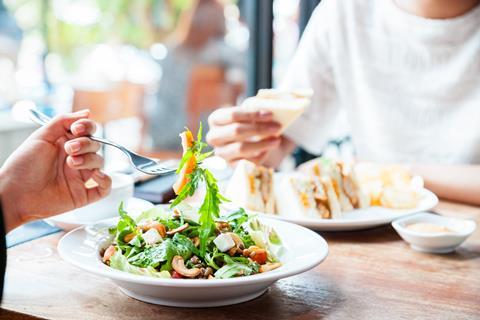 Accepting a single pharmaceutical industry-sponsored meal is associated with higher rates of physicians prescribing certain drugs to patients enrolled in the US government-funded health insurance programme Medicare, according to a study by Adams Dudley and colleagues at the University of California, San Francisco (UCSF). The team found that more and costlier meals correlated to greater increases in prescribing.

The researchers report that nearly 280,000 physicians received more than 63,500 payments associated with four target drugs, and 95% of those payments constituted meals with an average value of less than $20 (£15). Colette DeJong, one of the lead researchers, says her team selected four brand-name drugs as they are in common classes, with effective generic options, in order to conduct an unbiased study. While the researchers recognise that the association they have seen may not represent a causal relationship, DeJong notes that the correlation is ‘strong and dose-dependent’.

Kimberly Wix, a spokeswoman for Daiichi Sankyo, says the kinds of meals attributed to her company in the study ‘take place within an educational setting’ that helps physicians stay up to date with the latest treatments, new indications, and emerging safety risks. ‘It is our responsibility to ensure prescribers are fully aware of the risks and benefits of our medicines,’ she tells Chemistry World. ‘In turn, physicians share first-hand knowledge with pharmaceutical professionals about patient experiences with their medicines – feedback that is critical to improving patient outcomes.’

DeJong acknowledges that such ‘pharmaceutical detailing’ has taken on a significant role in educating physicians about new drugs. ‘Our findings call into question whether this is the best system out there, or whether we could see cost savings by investing in physician education without commercial interest,’ she says.

Indeed, some observers like Robert Steinbrook, a medical doctor who is Editor-at-large of JAMA Internal Medicine (in which this study was published), have suggested that drug and device manufacturers could invest more in independent research on the safety, effectiveness and affordability of their products if they stopped giving physicians meals and other activities that appear to have no clear medical justification.

The Pharmaceutical Research and Manufacturers of America (PhRMA) is very critical of the study. The trade group points out that the researchers could not determine whether high prescription rates were preceded, followed or temporally unrelated to receiving industry sponsored meals.

This study was enabled by data disclosed under the US Sunshine Act, which aims to increase transparency in relationships between doctors and the pharmaceutical industry. In the UK, a similar database of payments has been published by the Association of the British Pharmaceutical Industry. Earlier this year, GlaxoSmithKline (GSK) officially became the first big pharmaceutical company to stop paying external doctors to promote its products. However, a GSK spokesperson acknowledges that the company’s current policy does not prevent it from paying for doctors’ meals .

Nevertheless, GSK says for the last five years in the US, and the last year and a half globally, its sales representatives are no longer incentivised based on the number of prescriptions generated. In addition, rather than relying on outside physicians, GSK says it has invested in teams of medics to answer questions about the company’s medicines with their medical peers.