An ‘impact paper’ published today by the UK’s Royal College of Obstetricians and Gynaecologists (RCOG) has drawn heavy criticism for suggesting that pregnant women should avoid exposure to common environmental chemicals, including BPA, despite conceding that the risks of such exposures are unknown and unlikely to be ‘truly harmful to most babies’. The report is an opinion paper designed for health professionals but has attracted a large amount of media interest for suggesting that pregnant women avoid, among other things, new furniture, paint fumes and food from cans and plastic containers. 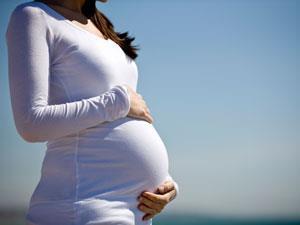 In the introduction to the report, the authors, Michelle Bellingham of the University of Glasgow and Richard Sharpe at Edinburgh University, state that their document is designed to give women advice to help them make informed decisions and avoid anxiety caused by ‘chemical scare stories’ in the media. However, the report has been criticised for creating just such a scare story.

‘In an age when many newspapers run scare stories about “chemicals”, it is vital that respected scientific bodies provide accurate information for pregnant women, who are understandably concerned about the health of their baby,’ says David Smith, a chemist at York University, who uses his YouTube channel to discuss chemicals in the news and their risks and benefits. ‘Women trust professional health advisers to provide accurate and balanced information based on clear evidence – not to act like the less informed parts of the British press.’

‘Everything around us is chemicals,’ adds Alastair Hay, professor of environmental toxicology at the University of Leeds. ‘The way environmental chemicals are talked about is not helpful.’ For Hay, the RCOG has ‘missed a trick’ with the paper. Not least, he says, because Bellingham and Sharpe have collated conclusions from various studies but not assessed or critiqued them to draw out which evidence is trustworthy. The report also discusses associations rather than showing causation.

Advice, says Hay, should focus on avoiding those things proven to harm the foetus, be that smoking, caffeine, alcohol or other factors such as stress. ‘Pregnant women need good advice,’ Hay concludes. ‘I’m not sure if [the report’s authors] just muddied the waters.’

However, when Sharpe was contacted by Chemistry World, he was at pains to stress that the report was invited by the RCOG to help healthcare professionals who might be asked questions by concerned women. ‘This is not a critical review,’ he says, but instead an attempt to provide background information and simple steps that women can take if they are concerned. ‘I keep saying,’ he adds, ‘if my wife were pregnant we’d be doing these things [to avoid exposure to common chemicals].’