US employment picture brightens for chemists 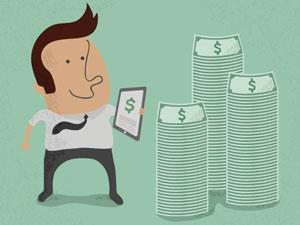 The employment picture for US chemists and chemical engineers brightened from 2012 to 2013, with the jobless rate dropping from 4.2% to 3.5% and median salaries for all chemists increasing by 2.2% to $94,000 (£58,000), according to the latest salary survey by the American Chemical Society (ACS).

But the survey data, released on 23 September, also point to less positive signs, including the fact that salaries for chemists in all sectors have not kept pace with inflation.

‘We saw an indication of increased demand because our unemployment numbers went down, but we would also expect that with increased demand we would see an increase in salary,’ says David Harwell, assistant director for career management and development at the ACS. ‘We don’t see that, so it is a moderate recovery.’

Other troublesome trends were also identified in the survey, including gender discrepancy. The results showed that male chemists reported average salaries of $100,000 versus $79,500 for female chemists.

Some observers have suggested that the ACS’s salary survey, which specifically polls ACS members, might not paint an accurate portrait of the average US chemist. For example, Chad Brick, a senior chemist at Promerus, an Ohio-based polynorbornene polymer platform development company, says the ACS numbers are overinflated.

Brick says the salary figures for chemists which emerge from the survey are significantly higher than those on Salary.com, a website for salary research. In particular, he suggests that salaries for industrial chemists in the ACS survey are unrealistic because industrial chemists who are ACS members are ‘not a random sample of industrial chemists, but generally biased towards the more skilled, influential, higher income’. Brick and others also point out that the ACS salary numbers are based on self-reports, and people might be more likely to report such information if it is favorable.

But Elizabeth McGaha, the ACS’s assistant director of research and brand strategy, notes that her organisation has about 80,000 members from across the US. ‘That’s a pretty strong sample,’ she tells Chemistry World.