US EPA head to step down

Lisa Jackson, the Environmental Protection Agency administrator, is expected to leave her post later this month 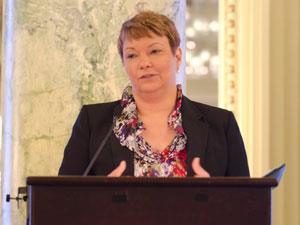 US Environmental Protection Agency (EPA) administrator Lisa Jackson has announced that she will be stepping down. She plans to leave her post after the president’s state of the union address, which is usually given in late January.

Jackson, a chemical engineer, was handpicked by Barack Obama as part of his science ‘dream team’ shortly after he won the 2008 election. During her time in office she has sought to revamp the Toxic Substances and Control Act - something that is still ongoing; dealt with the fallout from the Deepwater Horizon disaster; sought to regulate greenhouse gas emissions; and fought sometimes bitter battles with political opponents over the extent of the agency’s authority to regulate pollution. In a statement, she said that it had been an honour to be nominated by the president in 2008 and added: ‘I will leave the EPA confident the ship is sailing in the right direction.’