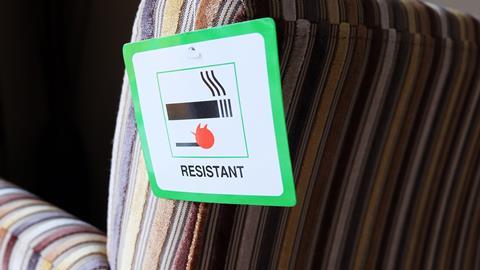 The US Environmental Protection Agency (EPA) has announced that it intends to review the safety of 40 chemicals under the Toxic Substances Control Act (Tsca). The chemicals that are down for urgent assessment include formaldehyde and several phthalates and flame retardants.

On 20 March, the EPA identified 20 chemicals as ‘high priority’ for risk evaluation. These include formaldehyde, six phthalates, seven chlorinated solvents and four flame retardants. The agency designated another 20 as ‘low priority’ candidates for review, which it said have already been evaluated and determined to meet its ‘safer choice’ criteria.

The EPA must finalise the list by December 2019, and then those substances deemed ‘high priority’ will undergo a three-year evaluation process to determine if they present an unreasonable risk. No further review will be necessary for those chemicals determined to be a low priority.

While the EPA’s announcement represents a significant step in implementing the revamped Tsca law, health and environmental advocates are concerned that the agency might ultimately pre-empt states’ ability to take stronger action on chemicals such as formaldehyde. ‘This means that for formaldehyde and the other phthalates, flame retardants and solvents on the EPA’s list – if the EPA concludes that the uses it evaluates do not pose an unreasonable risk – states will be pre-empted from taking more protective actions,’ warned Daniel Rosenberg, a senior attorney at the Natural Resources Defense Council (NRDC). He noted that if the EPA concludes those uses do pose an unreasonable risk, states will be pre-empted from imposing any more extensive controls than those that the agency establishes.

All of the 20 high priority candidates have been on the EPA’s Tsca work plan since 2014 so the agency could have begun to identify data gaps on these chemicals and issued testing orders to fill them shortly after the new Tsca took effect almost three years ago, according to Bob Sussman, counsel for Safer Chemicals Healthy Families. These high priority candidates have undergone some testing, but the available data is likely to be insufficient for any comprehensive risk determination, he adds.

The EPA’s new list also caused a stir on Capitol Hill. The chairman of the House energy and commerce chairman, Democrat Frank Pallone, said it ‘raises serious concerns’ that the agency is failing to prioritise evaluations of some of the most worrying chemicals. ‘Instead of addressing dangerous emerging threats like perfluorinated chemicals, which are right now contaminating the drinking water of millions of Americans, the agency is aiming to re-evaluate chemicals like formaldehyde and phthalates – whose risks have already been rigorously evaluated and documented,’ the congressman said. Furthermore, Pallone said that if the EPA concludes that those uses do pose an unreasonable risk, states will likely be stopped from imposing their own controls beyond what the EPA mandates.

Nevertheless, states do have some authority to act under their own water, air and other laws. Rosenberg said there is a waiver provision in the revised Tsca that may provide states with additional opportunities to impose restrictions in cases where they determine that action by the EPA is insufficient.