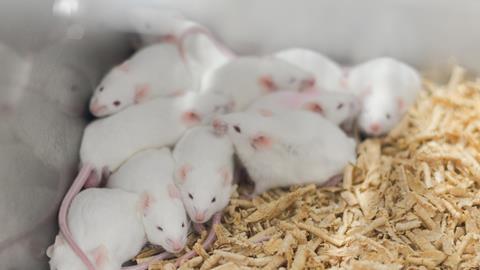 Claims of spike in US animal testing for new chemicals disputed

A major environmental organisation is disputing new claims by two animal rights groups that animal testing for new chemicals at the US Environmental Protection Agency rocketed in 2017. This was the first full year for the updated Toxic Substances Control Act (Tsca), which governs America’s chemical policy.

When the almost 40-year-old Tsca law was modernised in June 2016, it directed the EPA to ‘reduce and replace’ the use of vertebrate animals in chemical testing through tools like computational toxicology and bioinformatics, as well as high-throughput screening methods and associated prediction models. However, upon examination of the EPA’s ChemView database, People for the Ethical Treatment of Animals (Peta) and the Physicians Committee for Responsible Medicine (PCRM) concluded that in 2017 the agency required or requested 331 animal tests for each new chemical put on the market, meaning the use of around 76,000 animals. They claim this is a roughly nine-fold increase from the 37 animal tests per new chemical that the EPA required or requested in 2016, which translated to the use of about 6500 animals.

‘The dramatic increase we have documented indicates that the EPA is failing to balance its responsibilities to determine whether chemicals present unreasonable risks with its congressional mandate to reduce and replace the use of vertebrate animals in chemical testing,’ Peta and PCRM asserted in a letter to the EPA.

However, the Environmental Defense Fund’s lead scientist, Richard Denison, argues that the Peta-PCRM analysis is flawed. His organisation reviewed the Chemview data and found that the analysis erroneously understated the extent of testing that the EPA required prior to the passage of Tsca. Denison contends that they omitted the EPA’s testing requirements for two-thirds of the new chemicals they examined from 2015 and 2016.

’While I certainly agree that there has been an increase in animal testing, it is much less stark than they suggest because they underestimated the EPA’s animal testing requirements in the two years before Tsca’s enactment,’ Dension tells Chemistry World. He worries that the EPA will use these questionable figures to support efforts to avoid imposing testing requirements on new chemicals.

For its part, the EPA says it has not yet reviewed the Peta–PCRM analysis in detail. However, the agency notes that it supports reducing animal testing and plans to issue a strategy to achieve that goal by promoting the development and implementation of alternative test methods. The EPA released that draft plan for public comment in March.