Air releases of hydrochloric acid and sulfuric acid by US industrial facilities fell by more than 250,000 tonnes from 2005 to 2015 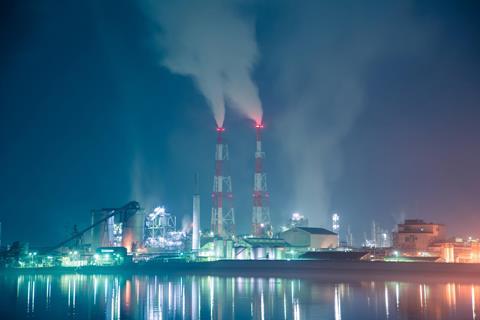 The amount of toxic chemicals released into the air by US industrial facilities decreased by 56% between 2005 and 2015, according to a new analysis from the US Environmental Protection Agency (EPA). Data from the EPA’s Toxic Release Inventory (TRI) programme, issued on 12 January, shows that air releases of such substances dropped by 851 million pounds (385,000 tonnes) since 2005. This figure includes a decrease of 63 million pounds from 2014 to 2015 alone.

Specifically, the EPA found that combined hydrochloric acid and sulfuric acid air releases fell more than 566 million pounds from 2005 to 2015 at these TRI facilities. Further, releases of mercury into the air dropped by more than 76,000 pounds at TRI-covered facilities. Coal- and oil-fired electric utilities accounted for around 90% of these nationwide reductions, the agency said.

Overall, the EPA concluded that waste management practices like recycling, energy recovery and treatment meant that 92% of the nearly 26 billion pounds of total chemical waste managed at TRI industrial plants in 2015 was not released into the environment.

Nevertheless, the amount of production-related waste managed by the chemical manufacturing sector increased by 16% from 2005 to 2015, while production fell by 10%, the EPA said. Chemicals released from the sector include ammonia, nitrate compounds, and manganese compounds.