US public research universities in jeopardy, board warns 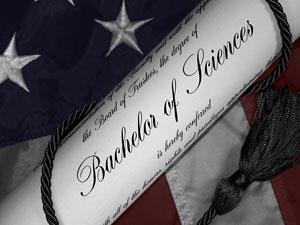 The US’s public research universities are in serious jeopardy, the National Science Board (NSB) is warning. This governing body of the National Science Foundation is sounding the alarm amid a recent report from the US National Research Council concluding that the nation’s prosperity and security depend upon such troubled institutions.

The NSB report, released on 25 September, notes that state per student funding for the US’s 101 major public research universities declined by an average of 20% between 2002 and 2010. The data show that 10 states experienced decreases ranging from 30–48%.

This precipitous drop in state support for public research universities has been compounded by a student enrolment rate that grew by 13% over the same timescale.

Although the overall share of university support for research has remained stable since 1991, the NSB points out that the actual costs to these institutions have increased three-fold, largely due to compliance costs.

‘In the wake of increasing enrolment and costs and declining per student state appropriations, the board is concerned with the continued ability of these institutions to provide affordable, quality education and training to a broad range of students, conduct the basic science and engineering research that leads to innovations, and perform their public service,’ NSB concluded.

Public universities conduct more than 60% of the academic science and engineering R&D funded by the US federal government, the NSB notes. Research at such institutions led to 436 new start-up companies and 2625 patents in 2010 alone.

Meanwhile, deep state cuts have contributed to increases in tuition and fees that have outpaced both inflation and the comparable rise at private universities, the board added. It noted that revenue from tuition grew by 50% at public research universities between 1999 and 2009.

This scenario could lead to ‘an outflow of talent at public research universities’ and ‘reduced research capacity’, the NSB cautioned. It could also result in a greater concentration of talent and R&D in fewer geographical locations, and at fewer universities, with smaller and less diverse student bodies, the board added. ‘This could have a substantial impact on economic and workforce development at the local, state, and national levels.’

Research advocacy groups are embracing the NSB report, urging states to restore their commitments to public universities. The findings should serve as ‘a call to action’ when it comes to the the ‘alarming drop off in state funding for higher education,’ says Mary Woolley, president and chief executive of Research!America.