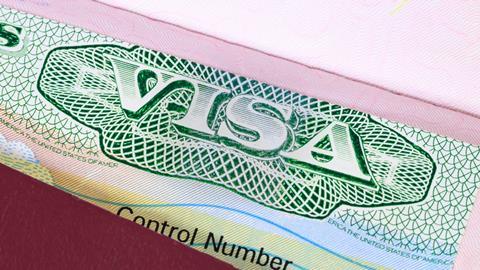 US revokes over 1000 visas of Chinese students and researchers

Academic research organisations and science groups in the US have expressed alarm at the State Department revoking more than 1000 visas of Chinese graduate and postgraduate students between 1 June and 8 September. The cancellation of these visas was carried out under a ‘proclamation’ President Trump announced back in May that prohibits individuals from studying or conducting research in the US if they are found to be affiliated with the Chinese government or its military.

‘The proclamation safeguards US national security by limiting the [People’s Republic of China’s] ability to leverage Chinese graduate students and researchers in the United States to steal United States technologies, intellectual property and information to develop advanced military capabilities,’ the State Department said. The measure directs the agency to consider revoking the visas of Chinese nationals holding valid F student or J exchange visas – the vast majority of which are graduate students and researchers – if deemed to be linked to China’s military strategy.

The rescinded visas only apply to Chinese students and scholars currently outside America, who were either trying to enter the US for the first time or return, according to Brad Farnsworth with the American Council on Education.

News about these revoked visas came shortly after the Department of Homeland Security’s acting chief, Chad Wolf, delivered a ‘State of Homeland Security’ speech on 9 September in which he discussed the US government’s actions to block visas for certain Chinese graduate students and researchers to prevent them from stealing sensitive research.

‘From intellectual property theft and stealing trade secrets that rob from American innovators … to hacking attempts to penetrate and compromise American organisations conducting Covid research … to abusing student visas to exploit American academia, the actions of China may be unabating, but they are not unthwartable,’ Wolf stated.

Researchers at US institutions with ties to China are increasingly being targeted at US universities, not only by the State Department but also the Justice Department and universities. Fifteen researchers from China who worked at the University of North Texas were recently ordered by the university to leave the US immediately after the university cut ties with the Chinese Scholarship Council that funds their work and is run by China’s education ministry. These individuals are from various disciplines and departments across the university but none are chemists, according to the university.

The researchers’ access to the university’s emails, servers and other materials was cut straightaway. As their visas were also immediately terminated, the university advised them to contact their hosts and arrange to be accompanied to collect their personal items from campus.

Academic and science groups speak out

Ben Corb, a spokesman for the American Society for Biochemistry and Molecular Biology, is also worried. ‘What I find most troubling is the complete lack of transparency about exactly why the relationship was ended with these scholars they are working with,’ he tells Chemistry World. ‘There are 15 scientists [at the University of North Texas] who were told essentially that they have got to pack their bags and get out of the country relatively immediately, and nobody has provided an actual reason … that will have a chilling effect on others who might want to engage and collaborate with the US.’

While US academic and scientific organisations agree that there are certainly valid security concerns, they also suggest that nationalism in the US is bleeding into science.

American Chemical Society spokesperson Glenn Ruskin says his organisation supports precautions to protect US intellectual property, but is concerned that ‘broad-brush measures targeting specific countries’ may result in ‘unintended negative impacts to the US research enterprise’. ‘We hope these recent actions are based on specific findings,’ he adds.

The American Association for the Advancement of Science is also weighing in. ‘We are today facing new challenges and greater scrutiny by the government,’ says Joanne Carney, who heads government relations for the organisation. ‘We need to ensure that our efforts to protect national security do not damage America’s leadership in science and engineering,’ she warns.