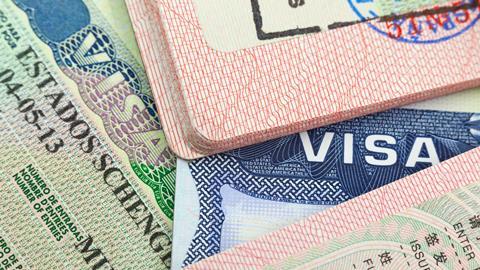 A new ‘proclamation’ by President Trump that bars certain Chinese graduate and postgraduate students from studying or doing research in the US has got American university groups and research advocates worried. The decree, which came on 29 May, also calls on the State Department to consider revoking F and J student visas already issued to Chinese nationals currently in the US – if they are deemed to meet particular criterion such as links to China’s military.

The proclamation, which came into effect on 1 June but does not have the force of law unless authorised by Congress, specifically applies to graduate students or higher and researchers from China who are affiliated with the Chinese government or its military.

Trump’s directive further calls on the heads of the State and Homeland Security departments to review, within 60 days, US non-immigrant and immigrant programmes and to recommend other presidential actions needed to address the risk posed by the Chinese government’s acquisition of sensitive US technologies and intellectual property. It does not affect undergraduates or other Chinese students who come to the US for ‘legitimate reasons’, according to the White House.

‘Our concern is with the malign actions of the Chinese Communist Party and specific individuals, not with the Chinese people,’ Secretary of State Mike Pompeo said in a 1 June statement. ‘The graduate students and researchers who are targeted, co-opted and exploited by the [People’s Republic of China] government for its military gain represent a small subset of Chinese student and researcher visa applicants coming to the United States.’

Nevertheless, many in the US research community are worried, including the American Society for Biochemistry and Molecular Biology (ASBMB). Spokesman Ben Corb said the ASBMB opposes the plan to ‘cancel the visas of thousands of Chinese graduate students and researchers in the US who have direct ties to universities affiliated with the People’s Liberation Army’. At least 3000 students could be affected, and officials have acknowledged there is no direct evidence of wrongdoing by Chinese visa-holding students, Corb added.

‘These efforts are eroding the collaborative nature of scientific research that are necessary for innovation,’ he warned. ‘As an international organisation that represents researchers from around the world, the ASBMB strongly urges governmental officials and the Trump administration to maintain the openness and collaborative nature of scientific research in the US.’

The president of the Association of Public and Land-grant Universities, Peter McPherson, has similar concerns. ‘These efforts must not diminish collaborative science with international partners acting in good faith,’ he said. ‘The United States has benefited enormously from cross-border collaboration on science, and we must ensure that the world’s brightest minds still feel drawn to study, research, teach and spur innovations in the United States.’

However, McPherson said that public research universities ‘certainly do not want anyone on their campus who is a threat to our nation’s research enterprise’, noting that these institutions depend on the State and Homeland Security departments to vet potential students and researchers from other countries before they come to the US.

‘Public universities welcome the federal government correcting any errors in the vetting of visa holders who were not transparent about their ties to the Chinese military,’ McPherson said. ‘It’s imperative for the federal government to undertake this process in a fair and transparent manner to ensure revocation of visas is used only for those cases where a security threat has been verified.’

‘Chinese students play an important role in educational exchanges between China & US,’ Chinese Foreign Ministry spokesperson Zhao Lijian responded in a 2 June tweet. ‘The US is using national security as an excuse to impose unwarranted restrictions on their visas, severely violating their legitimate rights.’