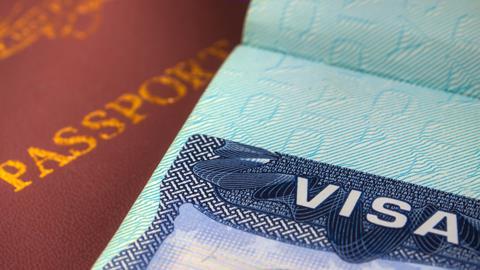 Chemistry Nobel laureate Fraser Stoddart says he’d think about leaving the US for China in a few years’ time if the Trump administration continues to block the flow of bright young minds into the country. Stoddart, who is 78 and runs a research group of 35 at Northwestern University, was reacting to Trump’s new executive order that  extends new limits on entry visas for highly skilled workers. It is up to the scientific community to speak out, he says, as science – and education – are at risk.

The executive order extends and expands an existing halt on migration to the US, then adds restrictions in visa categories that universities often use for graduate and postdoc students. These include the H-1B scheme, which allows employment for up to six years. The first order issued in April cited the need to protect US jobs during the pandemic.

The move will be devastating for US universities wanting to hire international staff and attract students from abroad, Stoddart says. ‘It means we won’t have access to the brightest minds. It also means that students won’t have access to what we in the scientific community have all had in the past: the educational, enriching experience of working and exchanging ideas with people from all around the world.’ The order will also speed up the passing of the western world’s leadership in science to China, he predicts, with scientists from the UK and the US eventually moving there.

Stoddart warns that the executive order is part of something bigger. ‘Many other things are going on in the US, and in the UK, too. These administrations are culling diversity. They would like no immigrants. People don’t appreciate that there are decisions being made behind the scenes that are affecting the movement of the best young people already. They are many different nuances beyond the visa issue.’

The US administration recently barred millions of undocumented and international students from obtaining pandemic-related relief grants, and confirmed it will continue to try to end the programme which protects immigrants brought into the US as children who do not have citizenship or legal residency status.

Stoddart’s views are echoed by Chris Cramer of the University of Minnesota’s department of chemistry and vice president for research. ‘The welcoming attitude of the US to scholars of international origin – the case until recently – has brought tremendous value to the nation. My own research group has definitely benefitted from the richness of experience afforded by a mix of domestic and international members, particularly with respect to training in communication skills and ways to go about tackling complex problems. Moreover, the explosive growth of many industrial sectors has only been possible thanks to the robust recruitment of international talent coming to the US (or remaining there after studies) using H-1B visas.’

He points out that there are not enough domestic science, technology, engineering and maths (Stem) graduates with advanced degrees to meet national demand. ‘[It’s] a self-inflicted wound to restrict access to international talent as we face an economic shock from the pandemic that is likely to resonate for years. The order sends a strong message to researchers that they will not be welcome once their studies are complete. This has the potential to have a devastating impact on the productivity of research universities in the short term, and on the US research enterprise in the long term. We run the risk of seeing a wide range of Stem sectors hamstrung for years to come.’

Approximately half the chemical engineering graduate students and one third of chemistry graduate students in the US are on visas, according to the American Chemical Society, which agrees that highly skilled workforce visas are a critical component of US innovation and research. The ACS is also concerned about earlier actions taken by the administration in May to limit visas for Chinese students. ‘We strongly believe both proclamations will have a chilling effect on America’s ability to attract the best minds. The cumulative impact will weaken the economy and the overall research enterprise.’