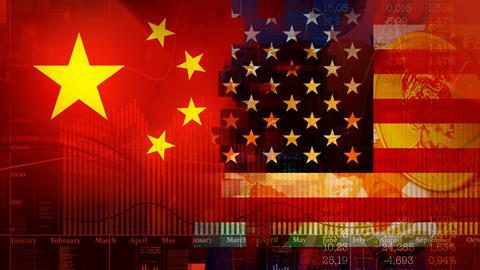 US steel and aluminium tariffs threaten chemical and plastics sectors

The chemical and plastics industries are pushing back hard against global tariffs of 25% on steel and 10% on aluminium that will take effect in the US on 23 March. For now, the tariffs – formally ordered by President Trump on 8 March – will not apply to Canada and Mexico. Other countries like Australia, which Trump called a ‘long term partner’, could also get a reprieve.

The Plastics Industry Association (Plastics), for one, is urging its members to lobby Congress. The trade group says it strongly opposes these duties on materials that are critical to plastics manufacturing, cautioning that they will devastate the plastics industry.

Steel and aluminium products are used in the moulds and much of the machinery used to produce plastics, Plastics explained. The organisation said across-the-board tariffs on these materials could dramatically increase costs for some segments of the plastics industry. Those costs would then likely be passed down through the supply chain to other plastics companies, manufacturers, businesses and, ultimately, to consumers.

The American Chemistry Council, which represents US chemical companies, is also opposed to these ‘costly tariffs’. The trade group emphasises that chemical companies can’t grow as quickly, or deliver the same quality products for the same price, if the facilities where those products are made suddenly become much more costly to build or maintain.

‘For a chemical manufacturing industry that has invested $185 billion (£135 billion) in new factories, expansions and restarts of facilities around the country, President Trump’s announcement comes at the worst possible time,’ the ACC said. The group added that more than half of these investment projects are still in the planning stage, and market shifts caused by tariff increases may prompt investors to do business elsewhere.

South Africa’s Sasol said it will need nearly 53,000 tonnes of steel to complete its $11 billion complex in Lake Charles, Louisiana. That facility, which is on track to start-up this year, will have an ethane cracker that can handle 1.4 million tonnes of hydrocarbons per year, and six downstream chemical units.

Unsurprisingly, the reaction from China to the tariffs was also critical. The China Iron and Steel Association (Cisa) said the iron and steel trade has become a major source of Sino-US trade friction in recent years. Before Trump signed off on the new tariffs, dozens of anti-dumping and anti-subsidy measures were unveiled on dozens of products, covering almost all major steel products, Cisa stated. The tax rate is almost ‘prohibitive’, the organisation added.

Cisa is now calling on the Chinese government to take action on stainless, galvanised sheet and seamless pipe steel imported from the US, as well as coal, agricultural products and consumer electronics.

The chemical industry was already unwillingly drawn into a trade war between the US and China last month. The Chinese government issued an initial ruling that there is evidence of styrene imports from the US being ‘dumped’. This dumping charge accuses US manufacturers of selling styrene to China at unusually low prices, which is harming the nation’s own styrene industry. China’s commerce ministry announced on 14 February that it would implement anti-dumping duties of 5–11% on styrene monomers from the US, as well as South Korea and Taiwan. 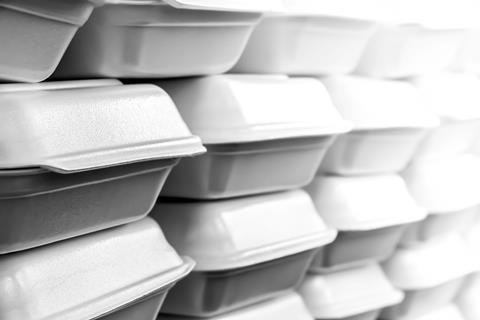 The US chemical industry was drawn into a dispute with China in February over accusations that it was ‘dumping’ styrene monomer, used to make polystyrene, on the Chinese market

Earlier in February, China launched an anti-dumping investigation into sorghum imports from the US. According to China’s commerce ministry, imports have soared since 2013, but the price has consistently fallen hurting China’s famers.

Meanwhile, the US is not among the 11 countries that signed a free trade agreement known as the Comprehensive and Progressive Agreement for Trans-Pacific Partnership (CPTPP) on 8 March. The countries partnering in the CPTPP – Canada, Australia, Brunei Darassalam, Chile, Japan, Malaysia, Mexico, New Zealand, Peru, Singapore and Vietnam – are the remaining signatories of the Trans-Pacific Partnership, after Trump withdrew the US from that deal. It appears the US’s absence from the CPTPP will disadvantage the country when it comes to the large Asia-Pacific market.