The White House has launched a new National Microbiome Initiative (NMI) that blurs the lines between chemistry and biology. The new programme aims to support interdisciplinary research that can answer fundamental questions about microbiomes in diverse ecosystems, as well as to help protect and restore healthy microbiome function. 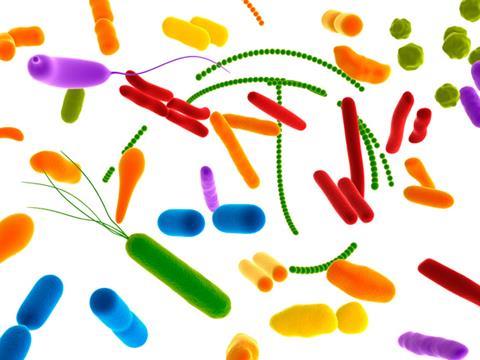 Many industrial processes like biofuel production and food processing depend on healthy microbiomes, which are the communities of microorganisms that live on or in people, plants, soil, oceans and the atmosphere. When microbiomes are dysfunctional, chronic human diseases like obesity, diabetes and asthma can result, as well as ecological disruptions and reduced agricultural productivity.

Funding for the NMI will be $121 million (£84 million) over the next two years. Beyond funding interdisciplinary studies, the initiative’s two other main goals are to develop platform technologies that shed light on microbiomes in various ecosystems, and to expand the microbiome ‘workforce’ by getting the public involved in citizen science.

In January, the White House issued a call to action for new commitments to microbiome research from all sectors. In response more than 100 institutions announced new efforts to fund science in this arena.

Jonathan Eisen, a microbiologist and genomics researcher at the University of California at Davis, US, is sceptical of so-called ‘top-down’ government science efforts. He says they have tended to invite a set number of researchers to participate in a specific favoured research area, rather than solicit competitive research proposals.

However, Eisen applauds the White House for attempting to organise the research community and accelerate developments in the field. ‘They didn’t say, “We will put a lot of money into something and have administrators decide the direction of the programme,” they said, “Let’s use the White House as an organising principle,”’ Eisen remarks. ‘I was very pleasantly surprised after some misplaced initial scepticism.’

Over the last 20 years, there has been growing appreciation that communities of microbes play fundamental roles in the health of the climate, plants, animals and humans, as well as playing a role in farming yields. The NMI aims to understand the underlying chemical processes that are happening in order to exploit them.

Microbiome communities are manipulating, using, regurgitating or transferring all of the key chemicals on the planet, Eisen explains. He says they also use biochemical and chemical signalling to communicate with each other, as well as their host, and to potentially manipulate that host.

Ultimately, Eisen suggests that the NMI should be linked with international efforts in the field. ‘I would view this as collecting together as much as possible the efforts in the United States with the long-term hope that we would connect together the different pieces that are happening throughout the globe,’ he says.

Despite the significant interest in the human, plant and ecosystem microbiomes, Lita Proctor, who directs the US National Institutes of Health’s Human Microbiome Project, suggests that most of the work carried out in the initial phase of the field has simply involved cataloguing the microbes in any one particular microbiome. The work of unravelling the chemical and biological processes going on in these microbiomes has barely started. ‘Even though there seems to be a lot of visibility around this field, we have just begun,’ she tells Chemistry World.