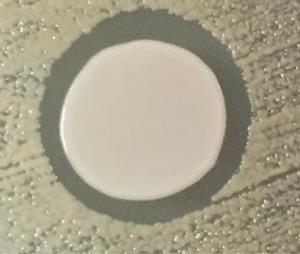 A new kind of antibiotic has been picked out of the human nose. Scientists in Germany discovered the compound after screening nasal bacteria to see if any produced chemicals that could kill Staphylococcus aureus.

Strains of S. lugdunensis produced the antibiotic, which the researchers named lugdunin. Its potential to cure infections was demonstrated on S. aureus skin infections in mice. The discovery could open the door to new therapies for difficult-to-treat infections such as methicillin-resistant S. aureus (MRSA). The compound also has potent antimicrobial activity against a range of gram-positive bacteria, including vancomycin-resistant Enterococcus isolates.

‘This study shows for the first time that a member of the human microbiome eliminates a pathogen by releasing an antimicrobial compound,’ says Kim Lewis, a molecular microbiologist at Northeastern University who was not involved in the research.

The researchers pointed out that most antibiotics have been isolated from soil-living bacteria, and that – like soil – the nose is a nutrient-poor environment for bacteria, and might therefore be a good place to search for antimicrobials. ‘We started to look for interactions between nasal inhabitants because it was obvious that there might be fierce competition there for nutrients,’ says Andreas Peschel from the University of Tübingen, Germany, speaking at the 2016 EuroScience Open Forum in Manchester, UK.

S. aureus is found in the noses of around 30% of people, but it’s uncertain how the rest of the population resists colonisation by the bug. Now it seems bacteria such as S. lugdunensis may help keep S. aureus at bay. The team examined nasal swabs from 187 hospital patients; S. aureus was found in 5.9% in people who also carried S. lugdunensis, compared with 34.7% of those without it.

Structural analysis revealed lugdunin to be a cyclic peptide made up of an unusual thiazolidine heterocycle and five amino acids. ‘The chemical structure has not been known before and it is very active even at low concentrations,’ says Bernhard Krismer, another member of the Tübingen group. He believes the new antibiotic may work by disrupting the energy production system of bacteria.

Lewis cautions that the discovery ‘does not solve the problem of a lack of systemic antibiotics, but provides a potentially useful tool for decolonising S. aureus and finding additional antibiotic-producing symbionts to suppress pathogens in the human microbiome’. The lugdunin compound is just a start, he adds, and its structure may need to be modified to increase its solubility and activity.