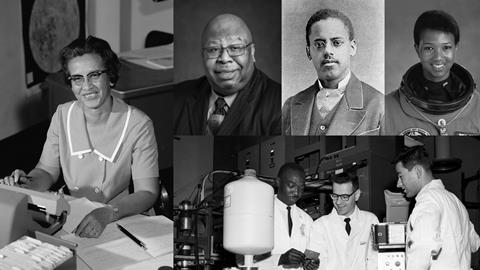 A blueprint for colour-blind science

How do scientists of colour feel about the current political climate in the US? Adjectives such as frustration, despair, anger and – in the best cases – ambivalence quickly come to mind. There are many who feel unable to express their opinions, have concern for their personal safety or are shocked by racist acts that were considered to be things of the past.

Scientists of colour have always stood in a unique position in the US, due to both our underrepresentation in our chosen professions and minority status in our country. However, our unique history is built on persistence, excellence and hope; the ability to excel regardless of circumstance is part of our DNA. Figures such as Lewis Latimer, Katherine Johnson and Isiah Warner are all scientists who shined regardless of the political and social climates of their times. 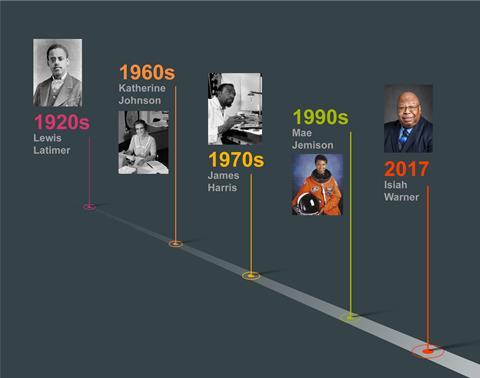 Yet in a climate towards people of colour that is confrontational, contentious and aggressive, it is difficult to assert that, as a group, we have ever ‘made it’. A minute number of scientists of colour are successful, but we have not made significant statistical progress toward equality in the past few decades, regardless of who occupies political office.

The majority of my peers chose their profession because they believed scientific facts, calculations, hypothesis and laws were colour blind; that personal subjectivity with respect to gender, race, and sexual orientation had a minimal impact. Unfortunately, these groupings do matter when it comes to career advancement, acceptance of ideas and being a full participant in the modern economy.

The most recent Nelson Diversity Survey, compiled by former American Chemical Society president Donna Nelson, indicated that fewer than 5% of full professors in chemistry were individuals of colour. The National Science Foundation’s most recent report shows that people of colour are still underrepresented at all levels of educational attainment in science, technology, engineering and mathematics. Elsewhere, the work of Kenneth Gibbs has brought attention to the underuse of scientists of colour in the biomedical community, and ample evidence for disparities in hiring and advancement of scientists of colour exist. These statistics are not new and are readily available in the public domain.

These figures are symptoms of a larger, overlooked concern: that policy decisions made by US institutions of higher education, controlled by state governments and private donors, have prevented significant progress in addressing racial disparities.

These policy choices include – but are not limited to – failure to include diversity and inclusion metrics for individual units, not emphasising the importance of equity, not broadening the participation of underrepresented groups in research (as well as tenure and promotion), not leveraging political and economic capital to enhance learning for all children (from before school to age 18) and not including a measure of social mobility and inclusion in institutional rankings.

The good news is that such policies can be reversed. This will ensure that the contribution of scientists of colour can be recognised, and that they have the same opportunities and support as other members of their profession. Non-profit organisations such as the National Organization for the Professional Advancement of Black Chemists and Chemical Engineers, the National Society of Black Engineers, the Society of Hispanic Professional Engineers, the Society for Advancement of Chicanos/Hispanics and Native Americans in Science and the Institute on Teaching and Mentoring to name a few are all critical partners in advancing inclusion.

It is easy to be offended by the statements of those holding political office, the empowerment of those who hold racist views and the attack on scientific, evidence-based arguments. Yet we should be more offended by those in positions of power who have had the ability to affect change but have not implemented sound policy to do so. Only when diversity and inclusion is part of the hiring, tenure and promotion process – and taken into account by bodies such as the Carnegie Foundation when compiling institutional rankings– will significant progress be made toward equality in science.