Society should be prepared to see its reliance on fossil fuels continue long into the 21st century, says Arno de Klerk

Carbon. It is quite surprising that this element has fallen into disfavour. It is, after all, essential to life. Unfortunately, its most stable oxide, CO2, conjures up media images of melting ice and polar bears adrift. Carbon and fossil fuels are delicate subjects and saying something positive about carbon is potentially social suicide.

Touching base with reality

Historically, there is a strong correlation between economic growth, as expressed in terms of gross domestic product (GDP) and energy-related CO2 emissions.1 All economic activities require energy. Since much of the energy that is consumed by economic activity is derived from fossil fuels, there is both a correlation and a causal relation between GDP and energy-related CO2 emissions. 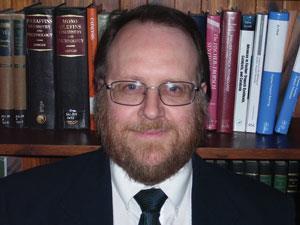 Despite negative perceptions about coal, it is one of the fastest growing primary energy sources at present. In the 21st century, the relative increase in coal consumption outpaced that of crude oil as the world’s primary energy source.2 Over the past decade, the average annual increase in crude oil consumption was 1.2%, whereas that of coal was more than four times higher – 5.7%.

In the wake of the 2008 global financial crisis, carbon consumption decreased with the decrease in economic activity, but baseline carbon consumption was still staggeringly high – 10 billion (1010) tons of fossil fuel per year. The reality is that civilisation, and the global economy as we know it, cannot presently exist without consuming carbon.

But what of the future? There is only a finite amount of fossil fuels and it is clear that society will have to change the nature and intensity of its consumption. It is also clear that significant time, money and skilled people are required to replace the infrastructure that presently requires 10 billion tons of fossil fuels per year. Consequently, it is almost guaranteed that over the next 50 years most of our energy will still come from carbon-based raw materials. In this respect, there are four important issues to keep in mind:

Second, a significant fraction of energy consumed is employed to perform work. Unfortunately, the second law of thermodynamics permits only a portion of this energy to be used for useful work. For example, in electricity generation and transmission, only 25% of the combustion energy becomes available as electricity.3

Third, as technology advances, our devices become more energy efficient, but it is society (not the technology) that regulates the consumption level. Taking the car instead of the bus, leaving the lights or television on, setting the thermostat higher or lower for comfort, all come with a carbon cost. On average, a person in the US consumes 1.3 million tons of natural resources over their lifetime. Imagine if this became the global norm.

Fourth, although we refer to energy in a generic way, end-user applications are designed for very specific energy carriers. For example, electric and gas stoves are both stoves, but each requires a specific energy carrier. Changing energy carriers necessitates an equipment change. Global energy requirements must therefore be met within each of the energy-carrier categories and one can only gradually migrate from one to another.

The last point, specifically, is a point of concern. There is some diversity in the raw material input for electricity generation, but transportation fuels are almost exclusively produced from crude oil. The prevailing point of view is that society should invest as little effort as possible to pursue technology for the conversion of fossil fuels into transportation fuels. As a long term ideal, I cannot disagree, but in the short- to medium-term we may be faced with a different reality.

The problem was aptly phrased after the demise of the US coal-to-liquids research program:‘The ultimate need for synthetic fuels seems a certainty. … [Yet,] it is likely that there won’t be twenty to twenty-five years of lead time to any long-term oil supply interruption, [and] it is fair to conclude that highly inefficient [liquefaction] options will be our only means of meeting the need … Thus, the choice is to launch a realistic, long-term R&D program twenty to twenty-five years before the need for low-cost synthetic fuels or proceed with [dated] technology.’4

Carbon-based transportation fuels will be dominant for some time and continued research on the production and refining of carbon-based synthetic transportation fuels is only prudent. The 20th century may well have been the ‘age of petroleum’, but the 21st century might turn out to be the ‘age of coal’ again. It is my sincere hope that as a scientific community we will be proactive enough to take up the tough challenge of coal-to-liquids conversion well before it is needed.

Arno de Klerk is an associate professor at the University of Alberta, Canada