Science and food have been courting each other for over a decade, says Ali Bouzari. It’s time to commit 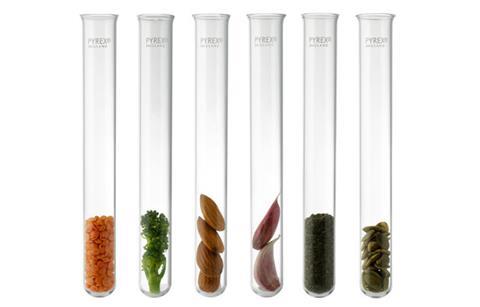 Our food culture continually evolves, driven by economic, environmental and social pressures. But as the world’s population grows and consumer needs change, we are approaching a critical stage in that evolution. The need for innovation and creative problem-solving, both in restaurants and high-volume food processing, is greater than ever.

It’s not so far-fetched to imagine a future in which we need to use unconventional foods such as insects and algae to sustain our existence on the planet. This would mean producing, processing, distributing and ensuring the safety of an array of food products that have never been made before, and ideally they will also be delicious. But neither chefs nor food scientists are equipped to tackle such a problem.

Responding to these challenges as well as more immediate issues, such as developing creative, delicious ways to repurpose food waste, requires the culinary and scientific communities to work together and to find a new way of talking about food. Chefs need to be equipped with insight into how food works, and food scientists need to take a step back from reductive, model systems to focus more on how real food behaves.

Restaurant cooking is enjoying an unprecedented era of progress and innovation, especially high-end dining. Chefs in the culinary elite are under enormous creative pressure to find new ways to delight their diners, and many of them have turned to science to extend their creative grasp. In these kitchens, science accelerates the progress of new ideas from innovation to execution. Understanding the basic function of microbial enzymes, for example, can inspire a chef to take mould cultures typically used for miso and include them in a marinade for duck confit. The results are as tasty as they are innovative. Science in the kitchen also refines existing techniques: smoother ice cream, crispier chicken and flakier croissants all come from knowledge of solute·solvent interactions, glass transitions and lipid crystallisation.

But as a luxury commodity, available only to the few chefs who can afford the services of the even fewer scientists that work with restaurants, culinary science is meeting only a small portion of its potential. The science of food should be available to people in all corners of the industry; a chef designing recipes for a nationwide chain or cooking at a neighbourhood bistro will benefit just as much from understanding the science of al dente rice and succulent meat as a chef at a three Michelin star palace of cuisine.

Coupling the unparalleled empirical expertise of chefs with the insight and steady progress of the scientific method is one of the most potent ways to improve how we cook and eat. This will only happen if the scientific community can make the physics, biology and chemistry of food more accessible, to equip chefs with the tools they need to apply it.

Chefs make ideal science students: explaining elasticity and viscosity to a chef who has spent years kneading dough and thickening sauces is much easier than trying to initiate someone who lacks these tactile points of reference.

Culinary science also has the advantage of being universal – all food adheres to rules set forth by the same basic patterns in nature. Unlike learning culinary arts, where each cuisine has its nuances and secrets, a cook schooled in culinary science is equally adept at tackling food that is refined or rustic, modern or traditional. The physics that dictates the design of a Formula 1 race car is the same as those which govern how an affordable saloon car functions.

The key is to create a new paradigm, a language comprised only of terms that support fundamental understanding and practical application. Organic chemistry reactions are irrelevant to chefs, but understanding higher-level concepts such as the relationship between large polymers and their individual subunits could be revolutionary.

Large polymers affect food texture, forming viscoelastic gel networks, thickening liquids and facilitating glass transitions to make things crispy when fried. Breaking these molecules into subunits produces solutes that make food sweet, savoury, sticky and primed to turn golden brown in the oven. With the right language, this concept could be taught to chefs in under an hour, enabling them to improve everything from brioche to roast lamb. Imagine what we could make in another decade, or another century, when ‘algal cookery’ might be on the culinary school curriculum.