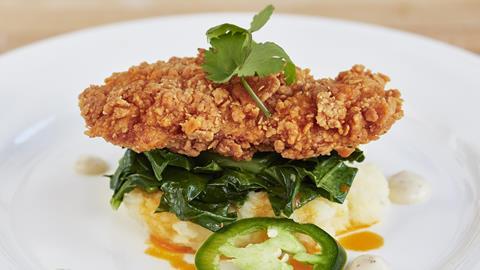 Both the duck à l’orange and the fried chicken were ‘remarkably flavourful’, according to one taster. They were also unique. This poultry did not come from the farm but from the lab of the San Francisco-based company Memphis Meats, which uses tissue engineering to fashion ‘clean’ meat from cell cultures grown in bioreactors.

Launching the world’s first cultured poultry is ‘a historic moment’, says Uma Valeti, co-founder and chief executive of Memphis Meats. ‘The way conventional poultry is raised creates huge problems for the environment, animal welfare and human health. It is also inefficient. We really believe this is a significant technological leap for humanity and an incredible business opportunity.’ Chicken is the most popular meat in the US, with an annual market of $90 billion (£72 billion).

Memphis Meats was set up in 2015 by Valeti, a cardiologist and associate professor of medicine at the University of Minnesota, with Nicholas Genovese, a stem cell biologist, and Will Clem, a biomedical engineer and restaurant owner. The company launched its first product – a meatball – in February 2016. It is also developing hotdogs, hamburgers and sausages, and hopes to start selling to consumers in 2021 with products priced the same or less than their equivalents. But the company needs to reduce costs significantly first.

‘We use a unique technological platform,’ says Eric Schulze, senior scientist at Memphis Meats. ‘Almost all our processes are proprietary.’ While he won’t reveal any details, the platform is based on established tissue engineering methods to grow muscle cells. Muscle-specific stem cells are taken from the animal – in a harmless procedure – then isolated and fed with a nutrient soup. The cells proliferate and self-assemble into groups to form small tissues similar to muscle fibres. 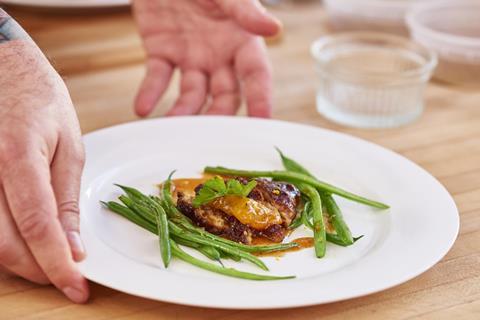 Memphis Meats’ ‘duck’ à l’orange was popular with tasters. The question now is can artificial meat companies make their product as cheap as the real thing?

‘The fundamental shared platform is the same for all animal cells,’ explains Schulze. ‘For example, while Spanish and Italian share the same roots, they are clearly different, and then there are niche dialects that are individual to each language. In the same way individual species require different innovations to make the cells more efficiently.’ So the company has re-engineered the same platform to produce many types of meat.

All companies working in cultured meat use fetal bovine serum (FBS) as the growth medium and are working on replacing it with animal-free alternatives. Derived from unborn calves, FBS is expensive and comes with potential animal welfare and food safety problems. Schulze says Memphis Meats is phasing out the serum while rolling out a proprietary medium. ‘It is an essential tenet of our mission to be completely serum-free,’ he stresses.

Use of FBS is widespread in tissue engineering, explains Liz Specht of US charity the Good Food Institute. A by-product of cattle slaughter, it supports the growth of a wide variety of cell types. But, it is expensive, supplies are limited, batch quality can be inconsistent and there is a risk of contamination, which is why large-scale cell culture operations for biomedical applications have already moved away from FBS entirely.

‘Hundreds of animal-free media formulations already exist and are available from commercial suppliers and these can be used as starting points to optimise media specifically formulated for clean meat cell lines,’ she explains. ‘In fact, many cells grow much better in serum-free media because serum contains many anti-proliferative factors that counter-balance some of its pro-growth factors. In a chemically defined, synthetic media, one can select only positive growth factors and eliminate confounding effects of negative factors.’ 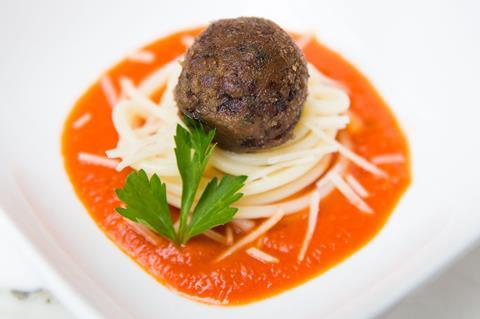 Replacing FBS would also cut costs. ‘Growth factors can be engineered for higher stability or binding affinity, allowing them to be used in lower concentrations,’ Specht says. ‘New recombinant production hosts can be used to achieve much larger-scale growth factor production and even the cell lines themselves can be engineered or adapted to decrease their requirement for these factors, which are the most expensive components of the cell culture media. All of these are being explored for cost reduction.’

Hanna Tuomisto of the London School of Hygiene and Tropical Medicine, who studies the environmental impacts of cultured meats, agrees that one of the key challenges to commercialising the technology is finding replacements for FBS. ‘Plant-based growth mediums, such as those based on algae or yeast, would be much cheaper as well as avoiding issues around animal welfare. The problem, as I understand it, is that some are not a good option for all types of cell – for example, they might work well at the initial stem cell stage but not at the second stage of muscle cell growth.’

Another obstacle to commercialisation, says Tuomisto, is optimising bioreactors, as currently the stem cell phase and the muscle cell phase take place in different bioreactors. These need to be scaled up and proven to work cost-effectively in large-scale production processes.

‘Scale up is our paramount focus,’ says Schulze. ‘We are concerned with how we will expand production in a cost-effective manner, and this requires innovation. We are in full R&D mode right now.’