India is a place of contrast, where beacons of innovation highlight significant societal challenges 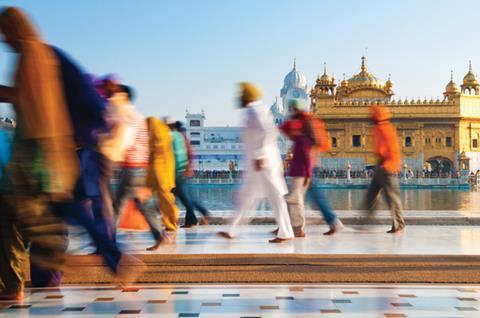 India is a vast, diverse country, home to over 1.2 billion people. The Indian economy is one of the fastest growing in the world, but its population suffers from hunger problems rated as ‘serious’, and 600,000 children die each year because of inadequate water supply or poor sanitation. Around 6 million Indians, especially those in rural areas, do not have access to electricity, but the country’s space programme successfully launched its Mangalyaan orbiter to Mars in November 2013 operating on a relatively modest budget of $74 million (£49 million). This apparently contradictory state is commonplace in India, where the homeless come together to sleep in the shelter of giant new transport projects; a flyover for the wealthy providing a concrete shelter for the poor.

In this context, it is unsurprising that India’s inventors, researchers and entrepreneurs place themselves at the forefront of development, producing technology like the cheap water purification systems and energy solutions that Sanjay Kumar describes in this India focus. Devices like these can meet a local need, but as so many of India’s challenges align with global concerns, can also be exported to make a significant impact elsewhere in the world.

As the economy grows, so do the opportunities for investment. Successive governments have recognised this and set up projects to facilitate and encourage investment from international companies, looking to countries like the Netherlands and learning from their successes. The Petroleum, Chemical and Petrochemical Investment Regions (PCPIRs) project that we feature here is one example of international investment benefiting from central spending on infrastructure – ports, railways and roads are being built or improved to make these regions as attractive as possible to business. We also hear from the minister for chemicals and fertilisers on how the government hopes to move these plans forward, including establishing educational institutes that hope to graduate 400,000 engineers and technicians every year.

Some argue that India’s rapid economic expansion is driven, in part, by its investment in education. With funding from central, state and local government, India has seen a huge increase in the number of young children, especially girls, attending school since the turn of the century. Over the same period, higher education has expanded rapidly, adding some 20,000 colleges and more than doubling the number of universities that award degrees. Talented Indian graduates can take their pick of the world’s best universities – India and China send more international students to study at US universities than any other country in the world.

But, as we’ll hear in our interview with Ramanan Laxminarayan – vice president of the Public Health Foundation of India – there are significant health and scientific messages that need to be broadcast more widely to reach both the public and politicians. As a country where infectious diseases are still a huge burden on the health service and extensive, unchecked use of antibiotics is commonplace, the potential for resistant disease strains to develop is perilously high. To take one worrying example, we’ve observed the spread of multiple drug-resistant tuberculosis, a disease that is still relatively common in India. Without the ability to treat this infection, many millions will suffer from a chronic, debilitating disease that was once considered preventable.

Against this backdrop, India’s academic output has been increasing in both volume and quality, with the number of journal papers submitted for review increasing year-on-year, including in the most significant, high impact journals. Indian investment is not just directed at finding solutions to short term problems or driving its economy. As its academic growth shows, one of India’s aims is the acquisition of knowledge itself. And it is this thirst for knowledge that will help to make the nation an economic and scientific power to be reckoned with much sooner than many may have predicted.