Countries like India are bearing the brunt of antibiotic resistance, and education could be a key tool in tackling its spread

After the discovery of the New Delhi metallo-beta-lactamase-1 (NDM-1) gene, which renders some bacteria resistant to most antibiotics, India has attracted global criticism for not being able to contain antibiotic resistance. The country’s antibiotic consumption levels rival that of the Western world, and antibiotic resistance is making it difficult to tackle epidemics like tuberculosis. Dinsa Sachan spoke to Ramanan Laxminarayan, vice president of research and policy at the New Delhi-based think tank Public Health Foundation of India, to find out why this global problem presents unique challenges in India. Laxminarayan also directs the Center for Disease Dynamics, Economics & Policy in Washington DC, and is a research scholar and lecturer at Princeton University, US. 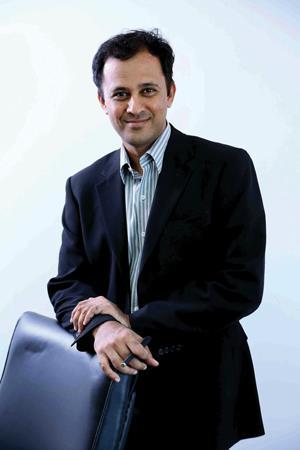 The development of resistance to antibiotics has been discussed for many years. How urgent is the problem today?

Antibiotics today are already working less effectively than they used to twenty years ago, when resistance levels were far lower. Now many first-line drugs fail, which means you have to employ more expensive drugs. There are certainly instances where none of the antibiotics have worked for patients – that’s a situation we didn’t have 15 years ago. If that is the world you’re thinking about, it’s not in the future – it’s here right now. It’s happening in both poor and rich countries.

Antibiotic resistance has been long thought of as a developed world problem, but the focus has increasingly shifted to developing countries like India. Why?

Countries like India have the challenge of a large existing burden of infectious diseases, some of which need antibiotics. This is a consequence of an inadequate public health infrastructure and poor sanitation. On top of that, add the layer of increasing incomes – which means people are able to use and afford antibiotics. So, a large number of infections meet a large number of antibiotics, which creates ideal conditions for the development of resistance. The consequences of resistance are greater in a country like India or Kenya, for instance, because if the first-line drugs fail in developed countries, they’ll just have to open second- or third-line drugs, and most of their population can afford these drugs or their governments will pay for them. In our country, if a first-line drug fails, there is a good chance the patient cannot afford anything beyond that. They will take much longer to recover or may even die.

Articles in some Western media suggest that superbugs created in India pose a threat to the world. Are they playing a blame game?

Why are antibiotics being overused in India? The knee-jerk tendency is to blame doctors and pharmacists.

A large percentage of the population that buys antibiotics does so without prescription. In a sense, doctors are not even in the loop here. They buy their drugs from unregulated shops or pharmacies that should not be allowed to sell antibiotics without a prescription. So first off, there is a problem of regulation. Secondly, when they go to the doctor, the doctor may not have the time for them to prescribe tests and ask them to come back. We have a dearth of doctors, and they are hard-pressed for time and may prescribe an antibiotic. But even before we get to those two problems, we need to recognise that a lot of people have infections in the first place because of poor public health and sanitation infrastructure. There is work to be done on sanitation, vaccination and regulation. They all go together. Simply educating the physicians and pharmacists is going to be of limited use.

Would initiatives to educate the general population help?

Absolutely. Most school children today can tell you that cigarettes cause cancer. Thirty years ago, they would not have known that. In that same way, we should have all children know that antibiotics are powerful drugs that we shouldn’t take unless absolutely necessary. It’s a simple message, and everybody needs to know that in the same way. This requires a lot of intention and action right now.

Do you think government and civil society have made enough efforts to tackle the problem?

India has taken the problem of resistance very lightly. The reason for India to work on resistance and respond to it is primarily the fact that Indians are dying of infections that cannot be treated, not because a paper says that India’s superbugs pose a threat to the world. There’s so much for the civil society to do now, in terms of getting the word out. There are good policies in place, but implementation is a problem. One area where the government could engage in policy action is the selling of animal feed mixed with antibiotics.

Can India learn from other countries’ models when it comes to managing antibiotic resistance?

Only the Scandinavian countries have done really well as far as tacking resistance goes. But they are smaller and have better health systems. There isn’t necessarily one model or programme that we can follow, but we can implement elements of other countries’ programmes. Much of Europe has banned the use of antibiotics for growth promotion [in livestock]. Countries have shown that campaigns to raise awareness about antibiotics have helped. There are examples in improving public health and vaccination in Nepal and Bangladesh that we should follow.

Dinsa Sachan is a freelance science journalist based in New Delhi, India