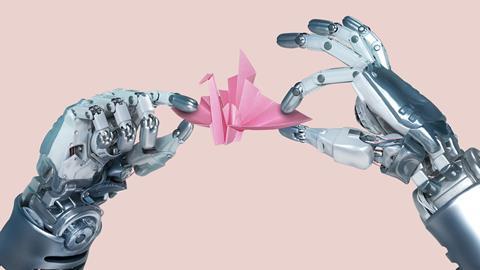 Machine learning is no longer limited to calculating permutations

Several years ago, while I was sharing a taxi with an eminent astrophysicist we fell to discussing the future of AI. It was, he said, going to make most occupations redundant. Doctors, teachers, you name it.

No, he replied – an AI system wouldn’t have the creativity needed for scientific research. I suspect he knew it was special pleading, and we both laughed.

In his new book The Creativity Code, mathematician Marcus du Sautoy surveys the current landscape of AI’s encroachment into areas once thought to be the preserve of human intelligence: visual art, poetry, music – and science. Du Sautoy points out that already AI is not just trouncing the best human opponents in games like chess and Go but is doing so in ways that astonish experts: not by a relentless grinding down, but by making bold moves that the human players find ‘beautiful’ and would never have imagined for themselves. The artistic endeavours of computers have not yet progressed beyond the stage of ‘interesting’ experiments – none will take your breath away – but it would be foolish to imagine that will never happen.

Du Sautoy doesn’t delve so much into the use of AI in science, except to consider how algorithms such as Mizar, a project taken up by DeepMind (the company behind AlphaGo) and Google, are cranking out all possible mathematical proofs that follow from basic axioms. When he inspected some of these proofs, du Sautoy says, ‘they left me cold’. They had none of the elegance and beauty that mathematicians tend to seek.

It’s tempting to anticipate that the same will be true of attempts to use AI to devise scientific theories. Efforts have already begun to put ‘deep-learning’ approaches (basically a pattern-seeking neural network) to work at generalising physical laws from raw data.1 Unlike humans, AI systems may perceive regularities in huge, multi-dimensional data sets. All the same, it’s not clear that this alone can get much beyond sophisticated curve-fitting. Would AI ever be able to take the leaps of imagination that produced the theory of special relativity or that realised how the variety of life could be explained by evolution through natural selection? Such important scientific ideas display genuine creativity: an ability to formulate speculative yet fertile hypotheses reaching slightly beyond the available data, and which encode insights that can’t be fully captured by mathematical formulae.

This, of course, is what my astrophysicist colleague was counting on. But it’s possible that AI will be neither so limited within science nor so threatening to the employment of scientists.

For one thing, the uses of AI in the arts are already showing how to move beyond a mere enumeration of permutations. ‘Adversarial’ systems pit problem-solving algorithms against ones that use some criterion to select for quality: a kind of critique of the solutions found, trained against human judgements. Systems like this have been employed, for example, to improve the output of jazz-improvisation algorithms. At the same time, some researchers suspect that, at least in the near term, the most fruitful use of AI to guide scientific research will come from a collaboration of human and machine, which plays to the strengths of both.

Machine learning is already widely used in fields such as materials science and pharmaceutical chemistry, where algorithms can look for structure–function relationships among vast bodies of high-dimensional data in ‘chemical space’ that humans could never process or visualise.2 But the possibilities go much further. Machine learning could also speed up literature searches, data analysis – interpreting microscopy images, say – and even the design of experiments, which might then be conducted in an automated manner.3 The iterative process of hypothesis–experiment–refinement could be vastly accelerated this way. All this relegates to the machine a lot of the drudgery that has previously swallowed up months of grad-student time.

As a result, human researchers could be liberated to provide the creative input that machines find more challenging: the leaps of faith beyond a mere extrapolation of the data set, the wild hunches that might just pan out. But such collaboration can be more profound than this stereotypical division of labour between dull machine and creative human. One of the ways in which musical and literary AI systems are being put to use is as a source of raw material: the AI generates nuggets (themes, plotlines) that, after some quality control, are presented to the humans as seeds of fresh ideas. In principle, free from habit and bias, the AI might hit on new directions or connections that the human can then work into something shaped and satisfying. There’s no reason why that process couldn’t be applied in science too.

My hunch is that the chemical sciences will be an especially rich arena for this kind of interaction. One reason is precisely that high dimensionality: there are so many degrees of freedom in chemical space. But also, chemistry occupies the middle ground between the relatively simple and law-bound (physics) and the mind-bogglingly complex and contingent (biology). It demands theories and concepts that are just ‘good enough’: rarely rigorous, shaped as much by intuition as deduction, but useful for ‘thinking with’. A combination of deep machine learning and human flair could be just the ticket here.