Should trade bodies do more than simply ‘represent their members’ interests’? 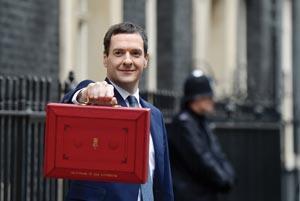 What is the role of a trade body? The classic answer is ‘to represent the interests of its members’. But what does (or should) that mean? These organisations sit at the interface between companies, governments and the public. Cooperation increases affiliates’ bargaining grunt, and the strength of their voice in the halls of power.

But power comes with responsibility. Few trade bodies would complain at the UK chancellor lowering corporation tax in his latest budget, but his levy on sugary soft drinks is much more likely to attract criticism. Any action that favours some sectors of the community will come at the expense of others. While there is clearly a role for trade bodies to ensure that the implications of such decisions have been properly considered, it is equally important that representatives resist the temptation to exaggerate or cherry-pick the data to suit their arguments. For the results of complex negotiations to be decided by who has the most devious (or best paid) group of lobbyists is a failure of the system.

All too often, it seems, these organisations become quasi-protectionist vehicles – campaigning vehemently for preferential treatment, and railing against any political change that has even the slightest negative effect on their sector.

Such crusades seem to take little account of any justification outside of their own narrow frame of reference – policies designed to protect the environment or improve public health are shouted down on the basis that they will make firms marginally less profitable, and hence less competitive with their international rivals. Prominent companies threaten to decamp to countries where staff are cheaper and regulations more lax.

It is rare to see such organisations condemn the more dubious actions of their constituents. While this could be construed as failing to provide support in a time of need, it could also be interpreted as upholding standards and supporting the wider association. Silence could also be taken as tacit approval of the misdeeds.

In industries with an already precarious relationship with the public – such as pharmaceuticals, agrochemicals and certain sectors of the wider chemical industry – trade bodies have an opportunity to manage and improve those relationships. However, if an organisation is seen as being purely a corporate propaganda machine, or too beholden to powerful individual parties, any degree of trust or respect will degrade even further.

At its best, a trade body can be a powerful force: driving innovation, sharing best practice and supporting companies in adapting to necessary change as well as resisting that which is unjustified. At its worst, it is a fearsome and frustrating opponent.