Is the pharmaceutical industry churning out copycat versions of existing therapies? Derek Lowe dispels a few myths about 'me-too' drugs

Is the pharmaceutical industry churning out copycat versions of existing therapies? Derek Lowe dispels a few myths about ’me-too’ drugs

A common complaint about pharmaceutical companies is that we spend too much time developing ’me-too’ drugs at the expense of innovative ones. That brings up - or should do - the question of what, exactly, a ’me-too’ drug is and why a company might bring one to market.

We can try this as a working definition: a drug that follows (at some point) a first-in-class therapy and works through substantially the same mechanism. On the face of it, the charge of taking the easy and profitable way out would seem to stick, because why would a company do such a thing other than to steal market share from the people who did the hard development work?

But look closer. In the first case, some of the supposed ’me-too’ examples don’t fit the timeline. If several companies are working on the same sort of drug, trying to beat each other to market, you might end up with what looks like a copycat drug that was actually developed with all the expense and risk of the (slightly) earlier one. Unless there’s a gap of years between two drugs, a competitor’s drug will not have had much help from the first one.

That’s how you can have situations such as the dipeptidyl peptidase (DPP)-IV inhibitors for diabetes. Everyone thought that Novartis was well in the lead in that area, since they’d publicised their lead compound (vildagliptin) as a groundbreaking new therapy. But Merck turned out to be quietly working away on their own molecule (sitagliptin), and actually beat Novartis to the market. 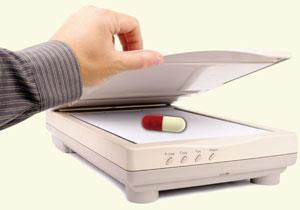 That situation brings up another problem with the ’me-too’ accusation. It may sound trivial to say that no two drugs are really alike, but it’s more true than even we would like it to be. We would like to know enough about toxicology, drug interactions, disease mechanisms and patient variability to predict where our drugs will work best, but there’s still far too much chance involved. Different drugs can generally find a patient population in which they work better - and if you’re entering a market that’s already being served by one or more existing drugs, you’ll set up your entire clinical development programme to find those people.

There are some extreme examples, such as the kinase inhibitors in oncology. Even when their mechanisms are supposedly similar, the differences between the drugs, coupled with high patient-to-patient variability, lead to situations where people don’t respond at all to one drug but show a robust effect with another. The problem, of course, is working out how to match people up with the compound that would actually help them, which is where all that money for personalised medicine and biomarker research is going.

In the end, you don’t save much in terms of development costs when you enter an existing drug category. All the clinical trials still have to be done, and the same blizzard of regulatory paperwork has to be generated. What you have gained is the knowledge that there really is a market for a drug working through that mechanism. No company ever looks at an existing drug and says ’We’re going to make one that’s just as good as that’, but if a drug has been out long enough for its weak points to be known, someone will target them.

After all this, are there really any ’me-too’ drugs left? Unfortunately, yes. In almost every case, though, they’re developed inside the same company, in an attempt to blunt the effects of a patent expiry. New salt forms and formulations, pure enantiomers, active metabolites - these have all been used to produce follow-up compounds that are supposed to hit the market in time to smooth over the loss of the original drug. Even then, the new generation compound needs some sort of reason to exist (other than ’because it’s more profitable’, which is not an argument that many governments and health insurers find compelling).

In the end, there isn’t really a way to guarantee the development of a profitable drug, a fact that all the accountants and marketing people sorrowfully have to learn. The scientists, who work with failure every day, usually pick up the lesson rather more quickly.