Ahead of the 24th General conference on weights and measures in October, Peter Atkins explains the benefits of the new SI

Ahead of the 24th General conference on weights and measures in October, Peter Atkins explains the benefits of the new SI 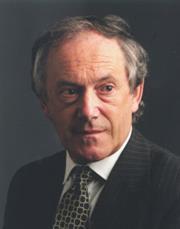 One of the greatest contributions to the practice and communication of science was made in 1960 when Le Syst?me international d’ unit?s  (the SI) was established. Suddenly, there was a rational, coherent system that was easy to teach and use. There are, however, infelicities remaining in this otherwise excellent system, and the ’new SI’ aims to eliminate them. In the process, it is adopting a whole new philosophy that is likely to rankle some, perhaps on the grounds that philosophy has cast out expediency. However, although at first sight the proposals might seem to render the system too abstract, they put it on firmer and more secure foundations. Moreover, just about every chemist will be left untouched by the changes; it is only the writers of textbooks who will have to find ways to introduce the new and sometimes subtle definitions.

Defining constants once and for all

The core of the problem with the current SI is that certain definitions are insecure and very difficult to implement. The kilogram is the most famous example. Cast in 1879 and adopted as a standard in 1889, the real standard kilogram is losing material so what we understand by 1 kg is slowly changing its meaning. A similar problem arises with the definition of the kelvin in terms of the triple point of water. Although, unlike for the standard kilogram, all of us have access to plenty of water, what do we mean by water? Can we be sure it is absolutely pure? What is purity anyway? What particular isotopic composition should we use?

The objective of the new SI is to move away from physical artefacts for the definition of units. The scheme is to identify various fundamental constants and to define their values exactly once and for all. That happened in one instance some time ago, when in 1983 the speed of light was set as 299 792 458 m/s exactly. With that constant defined, the metre was defined in terms of the second and the standard metre rod was confined to history. Tempting as it might have been to round the definition off to 300 000 000 m/s, that would have caused too great a shift in what was understood by ’1 metre’.

The same approach is now to be extended to certain other constants. Thus, the Planck constant will be defined to have an exact value and the kilogram will thereby be defined. You might think it a stretch from h  to kilogram, but the route is from frequency (in inverse seconds, or hertz) to energy via E  = h  n and then to mass via E = mc2  . A unit tender to the hearts of chemists is the mole. It gets the same treatment. Instead of the mole being defined as the number of 12C atoms in 1 g of 12C, it is proposed that its magnitude be set by defining the exact value of Avogadro’s constant. The kelvin goes the same way: water is washed away and the kelvin is defined in terms of an exact value ascribed to Boltzmann’s constant.

The international language of science

A curious fact in all these series of definitions is that, apart from the speed of light, no one knows the exact values to be ascribed to the fundamental constants. They will be known on the day the new SI is adopted, for they will be taken from the most precise values available that day so as to present the least disturbance to current values of all the derived units.

The new SI has a variety of other subtleties but to my eye they are a welcome sophistication and clarification of the international language of science. There are, however, one or two curious carbuncles in the system. The most glaring is the one remaining specific substance that is used in a very fundamental definition, that of the second. Although 133Cs is in principle universally available, it does seem out of the spirit of the new SI to identify a single arbitrary substance as a keystone: surely there is a fundamental constant out there that could be defined and topple this atom from its throne?

I welcome the systematic, sensible approach to units that the new SI represents. There are implications for metrologists, who need to find routes from definition to determination, but the rest of us, who merely need to instruct and implement should welcome the clarity of the new regime.

Peter Atkins is emeritus professor of chemistry at the University of Oxford, UK