Dismissing the fears of a risk-averse public is no way to build constructive working relationships, writes David Ropeik

Dismissing the fears of a risk-averse public is no way to build constructive working relationships, writes David Ropeik 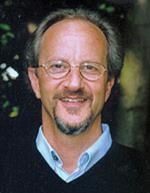 We may be most familiar with it as a marketing phrase, but it is undeniably true that ’without chemicals, life itself would be impossible.’ It is also irrefutable that without the brilliant accomplishments of modern chemistry, we’d be much closer to living our lives in caves than in the modern world. These things are so true, in fact, that one has to wonder why the wonderful world of chemistry needs to protest it’s wonderfulness again and again, most recently via the International Year of Chemistry.

May I offer two associated explanations. First, for all of chemistry’s undeniable benefits, the general public has developed an inherent wariness of ’chemicals’ or anything associated with them, a wariness based to some degree on actual risks (that in many cases have been blown way out of proportion by fearmongers and an alarmist press), but which springs from the inherently fertile soil of the emotional nature of human risk perception. It is as inescapably true to say that risk perception is subjective as it is to say that hydrogen has one proton. But that brings us to the second contributing factor. While chemists readily ascribe to the physical science (theirs) that confirms that hydrogen has one proton, too many are either unaware of or refuse to accept the robust science (others’) that confirms that risk perception is subjective. That ignorance or denial only makes the public’s worries worse.

Decades of research in a number of fields, including neuroscience, psychology, sociology and economics, have built a mountain of evidence that our perception of risk is a combination of the facts and how those facts feel. Intellect and instinct. Cognition and intuition. Reason and gut reaction.1 They are inseparable components of the instinctive, affective system that produces perceptions that often don’t match the hard evidence. We even know several specific psychological characteristics of chemical risks that make them more worrisome:

But that’s not all. We also know from neuroscience that the human brain is hardwired to feel first and think second, and in the ongoing dynamic of risk perception over time, to feel more and think less; to give more weight to instinct and emotion than fact and reason.2 Sociological research has found that we conform our views, and fears, to match the views of our group, not just the facts.3 Psychological research has identified a long list of heuristics and biases - mental shortcuts - that we use to make decisions under conditions of uncertainty (when we don’t have all the facts or all the time to get them or all the requisite intellect to understand them), decisions which commonly fly in the face of the facts.

These realities are as inescapable as is the fact that you and I are made of chemicals. Denying them, dismissing people as irrational when their feelings don’t match the facts, extolling one’s own virtues while ignoring people’s worries, is a sure formula for making their fears worse. To be fair, many chemists, and even some chemical companies, have acknowledged the public’s concerns. But too many, particularly (and not surprisingly) those in the corporate world, either deny the risks, play them down, or worse, criticise the public’s fears as unfounded, the fabrication of critics, and irrational. Factual as all that may be, calling people dumb and dismissing their feelings is no way to win friends and build constructive working relationships.

A goal of the IYC is to ’.increase the public appreciation of chemistry in meeting world needs’ and ’.emphasise that chemistry is a creative science essential for sustainability and improvements to our way of life.’ May I suggest that the IYC provides a platform not only for proudly touting chemistry’s virtues, but also for openly and honestly considering what the sciences of risk perception have to say about why public fear of chemicals persists, and for trying to create or improve constructive relationships with the skeptics and the doubters so the conversation about both chemistry’s benefits and its risks can become more of a search for common interests than the battleground it currently is.

David Ropeik is an instructor at Harvard University, US, and a consultant in risk perception and risk communication

1 D Ropeik, How risky is it, really? Why our fears don't always match the facts. McGraw Hill, 2011

3 The theory of cultural cognition