The decline in productivity in the pharmaceutical industry over the past decade is impossible for chemists to ignore. The once seemingly unstoppable growth of pharma has been reversed by many factors including pricing pressures, pipeline failures, litigation risk and a change in investor sentiment. While many of these factors are outside the control of chemists, we do at least have the ability and responsibility to influence the most important of them - the expensive failure of small molecule drug candidates as they progress through development. 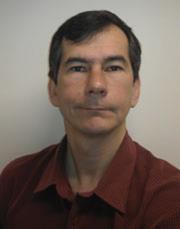 There is now an overwhelming body of evidence1 showing that small molecule drug candidates have the greatest probability of reaching the marketplace when their physicochemical properties (such as molecular weight and lipophilicity) lie within a certain range. And in order for a drug candidate to have these properties, it is helpful for the molecule from which it is usually derived (the ’lead’) to be even smaller and more polar - occupying a conceptual area known as ’lead-like space’. Molecules with very high lipophilicity are particularly problematic. In addition, lead-like molecules should not contain overtly electrophilic centres, redox-active moieties or other functional groups prone to reactivity - features that all engender a greater risk of failure in preclinical and clinical development.

To produce more successful medicines, we chemists need to make many more lead-like molecules to test against drug targets. This, however, is easier said than done. We recently analysed a variety of synthetic chemistry papers and found that around 98% of reported reaction products are not lead-like.2 Why is this? Among other reasons, our analysis of array syntheses shows that the mean lipophilicity of an array that isn’t entirely complete (ie where some planned members failed to be synthesised or isolated) is invariably higher than it was intended to be. In other words, lipophilic (ie usually less functionalised) compounds seem to be easier to make than more polar (ie more highly functionalised) ones - which will come as no surprise to most chemists. The probable reasons are that polar functional groups are more likely to cause incompatibility in reactions, or interference with metal catalysts (poor chemoselectivity by another name), or else give poor solubility in reaction mixtures, or problems in work-up and purification. Unfortunately, many of the interactions that a drug molecule relies upon to bind to its target (such as hydrogen bonds and ionic contacts) are borne of the very same groups that cause such problems in synthetic chemistry. 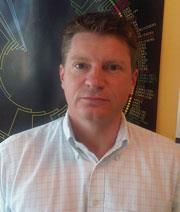 These facts led us to suggest the concept of lead-oriented synthesis (LOS) - the deliberate design and development of robust synthetic methods for the preparation of diverse new compounds that are also particularly useful in drug discovery.2 In one sense, LOS could be viewed as being similar to diversity-oriented synthesis,3 except that the emphasis is on the physicochemical nature of the product molecules, rather than their diversity. The inventors of these new methodologies need not worry about actually producing large arrays for screening (many commercial compound suppliers are willing to partner to do this) - the challenge is to identify and demonstrate the applicability, scope and robustness of a new reaction in lead-like space.

There is a clear scientific rationale for producing more lead-oriented syntheses for use by drug discovery groups (whether in academia or industry) so what potential hurdles exist? Is LOS an attractive enough area for academics, students, journal editors, referees and funding committees? We think so. LOS is a difficult endeavour and needs input from those with the greatest creative knowledge of mechanism and reactivity: diversity, stability, polarity and affordability are a lot to pack into a small molecule.

Should all new synthetic methods be lead-oriented? Of course not. Developing new medicines is just one of the many applications of organic synthetic methodology. But it is a vitally important application, with huge potential benefits. Drug discovery and development are difficult but future advances in synthetic chemistry have the potential to make it a little easier by allowing us to more readily make those molecules that we now know better survive the brutal attrition of drug development. This improvement will only occur if the medicinal and synthetic chemistry communities work more closely to make the right kinds of molecules. We would be happy to discuss these ideas with designers of new reactions and others with an interest in synthetic chemistry methodology.

The authors are members of the department of computational and structural chemistry (Med Chem) at GlaxoSmithKline, UK (ian.2.churcher@gsk.com; alan.j.nadin@gsk.com)