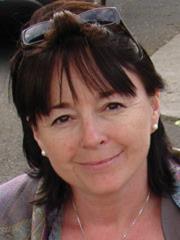 Yet, in our rush to develop world-class research, we have paid little attention to the issue of research integrity. There seems to be little understanding that public support for science is not unlimited, but is conditional on preserving the trust of the public in the credibility and validity of science. A Eurobarometer survey in 2010 showed that this trust cannot be taken for granted, with 58% of Europeans stating that they do not trust scientists to be truthful about controversial scientific issues. Equally worrying, a meta-analysis conducted in 2009 provided evidence that incidents of poor research practice are far more prevalent than previously thought. Clearly, we cannot trade on the assumption that all scientists are inherently honest.

In Ireland we have been lucky so far in that we have not had a serious misconduct case hit the national press. However, experience in other European countries suggests that it is only a matter of time before misconduct comes to light in a very public way. So, do we sit on our hands and wait for this to happen? Or do we act now to avert the reputational damage to science that could result from serious misconduct when (not if) it arises in the future?

International initiatives such as the European Science Foundation forum on research integrity have been used to try to leverage interest in these issues nationally. However, it has been an extremely slow and frustrating journey. We have made some progress, with an informal national committee and the planned publication of a proposed process of local harmonisation and national facilitation in July 2012 (oversight is a step too far at present). However, it should not be difficult to accept that there is an urgency about getting our research integrity house in order and I find it puzzling that support for this process has been so modest among the research community.

So what is the problem? Our current economic situation certainly does not help. It is unlikely that a national research integrity office will receive government funding any time soon. Within the higher education sector, there is also little appetite for funding any new structures, including those that could support research integrity. In addition, Irish universities value their autonomy and their ability to conduct their business free from external interference. This may make them resistant to external oversight. However, the assumption that self-regulation at an institution level will be sufficient to manage serious misconduct flies in the face of experience elsewhere. Self-regulation also fails to address the public need for accountability and transparency in Ireland, especially in the aftermath of the many scandals that have beset Irish public institutions in the last five years.

But that is only part of the problem. Codes of practice for research will only flourish in an environment that embraces personal responsibility and integrity, and it is not clear how such a culture can be developed. Training is clearly a positive step towards embedding the principles of research integrity into the practices of fledgling scientists but cultivating a supportive environment will take more than mandatory modules in PhD training programmes. Buy-in and mentoring by more senior scientists is vital, but many senior researchers may be resistant to questioning their own behaviour. Yet it would be wrong to assume that the need to update one’s knowledge on the challenges and requirements of research integrity ends when a researcher reaches a certain seniority or tenure.

So the challenge of making research integrity part of the culture of scientific endeavour in Ireland remains. The approaches taken elsewhere vary from extremely legalistic, such as in Denmark, to very advisory, such as in the UK, and there is no ’one-size-fits-all’. Each country must find the best solution for itself, given its resources, cultural norms and social attitudes. But while the case has not yet been proven for top-down or bottom-up approaches, I believe that national oversight is a necessity. I think it is questionable whether institutions will act with sufficient rigour, self-sacrifice or impartiality, if left to their own devices.

As a first step, the debate on how best to do this needs to be broadened to engage the whole research community. National agencies that provide the funding for research and representative bodies such as the Irish Universities Association and the Royal Irish Academy have important roles in stimulating this debate. But most importantly, senior management across the higher education sector need to put their weight behind pushing research integrity to the top of the academic agenda, as they did with research investment 15 years ago.

Maura Hiney is head of policy, evaluation and external relations at the Health Research Board, Ireland, and chaired the governance working group of the European Science Foundation research integrity forum