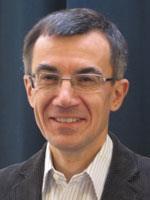 In a recent perspective in Green Chemistry, I investigated the relative ’greenness’ of microwave-assisted organic chemistry, in particular the question of energy efficiency.1 A significant number of the nearly 5000 articles published over the past 25 years describe this non-conventional heating technology as being ’green’, sustainable, and/or environmentally friendly. But few of these reports gave a clear justification as to why. The short reaction times experienced in microwave chemistry are typically restricted to small-scale synthesis. A process must be scalable to production quantities if a determination of its environmental impact is to have any merit.

So, is microwave heating energy efficient for synthetic applications? Unfortunately, there were no reports on this topic before 2005, and only a handful of detailed studies have been published since. Calculating energy consumption for a microwave heated reaction is more complicated than might be expected. In the first place, the power reading from the instrument cannot be used because typically only 50 per cent of the electrical energy used is converted into microwave energy. Second, not all microwaves generated will be absorbed by the reaction mass, which is usually worst for small samples, although better for larger samples. 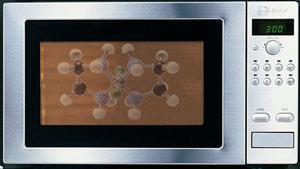 In all the recent detailed studies assessed,1 energy consumptions had been determined by watt meter, which confirmed only about 50 per cent efficiency in converting electrical to microwave energy. Small-scale synthetic preparations were found to be particularly inefficient. Small-scale monomode microwave reactors require little energy for heating sealed test tube scale reactions, with which many readers will probably be familiar. But they did not compare well on a mole-for-mole basis, even with a conventional oil bath, which can heat larger vessels or multiple test tubes at the same time. When compared to electrically heated isomantles, where most electrical energy is converted to heat, microwave heating was very inefficient by comparison. Open vessel heating was also inefficient compared to conventional heating methods.

Assessing the energy of microwave-assisted transformations is a complex task that must take many different factors into account. The question can only be effectively answered on a case-by-case basis. It is worth noting that many industrial applications of microwave energy are routinely performed at very large scales in specially designed reactors, usually with optimised waveguides and often at alternative frequencies (since this too affects energy transfer efficiency). Examples include drying, food processing, material sciences, polymer chemistry, mining and oil industries. Clearly energy costs are not economically prohibitive for these low value, bulk-scale products. If these practices were adopted for synthesis reactors, it is likely that significant energy efficiencies would be achievable at a production scale.

Jonathan Moseley was, until recently, associate principal scientist at AstraZeneca