News of chemistry departments reopening is welcome, writes Jim Iley, but departments must think carefully about how to ensure their success

News of chemistry departments reopening is welcome, writes Jim Iley, but departments must think carefully about how to ensure their success 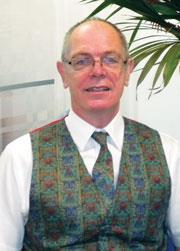 As the International Year of Chemistry drew to a close last year, we were delighted to see the future of chemistry in the UK being bolstered with two universities planning to reopen their chemistry departments: King’s College London in 2012 and Lancaster University in 2013. Additionally, the University of Brighton has announced plans to offer two new chemistry degrees from 2012, and we are also aware of discussions taking place that may lead to other universities offering chemistry again in the future.

This is undoubtedly exceptionally good news for chemistry and comes at a time when the subject is once more enjoying an increase in popularity. In 2010, 4367 students were accepted onto chemistry degree courses in the UK - the highest number since 1997. Applications for those places have been steadily increasing too, with almost 25,000 students applying to study chemistry in 2011. Although the effects of changes to university funding are yet to be fully understood, the increased student demand for the subject is undeniable.

All of this comes on the back of an increased interest in the study of chemistry in secondary schools. Entries for the 2011 chemistry examination at A Level or the Scottish Advanced Higher passed the 50,000 mark - an increase of 25% since 2005. Even more encouraging is that the number who sat the precursor exam to A Level - taken a year earlier - reached 80,000 this year, an increase of 50% over the same time period. And this seems to follow more and more students studying chemistry as a separate subject at age 16 - up from 122,000 in 2010 to 142,000 in 2011.

At all levels, these impressive figures are the result of numerous contributing factors. Not least are the fantastic efforts that have been made in promoting physical science subjects in recent years through programmes such as the HEFCE-funded Chemistry for our Future and the chemistry component of its successor, the National HE STEM Programme. The RSC’s own work in supporting school teachers through training and resources has surely played a part too. However, we cannot ignore the influence of the current economic climate. Financially, times are tough and part of the switch to a more ’traditional’ subject like chemistry no doubt comes from students’ desire to ensure that they are well-positioned to secure employment; chemistry research underpins a ?250 billion contribution to the UK economy and across a range of sectors supports millions of jobs.

University chemistry courses are a vital ingredient to ensure we have the appropriate skills pipeline that can sustain the economic health of the UK. Given these facts and figures it is perhaps unsurprising then that universities would seek to contribute to the strength of chemistry in the UK and to attract new cohorts of chemistry students. However, there is a note of caution to be sounded: chemistry departments, both old and new, must now think carefully about their future. In the current climate, they are experiencing significant pressures: in teaching, they face a new fee structure that is unlikely to cover the costs of a degree and places a substantial financial burden on the student; in research, they are faced with an ever increasing focus on particular universities and a shaping paradigm that sets out to promote particular areas of science. And in all cases, they are faced with major capital expenditure cuts. In order to survive, and thrive, they need to identify their unique contribution to the UK higher education landscape. This could be a particular contribution to the regional or national economy, or a focus on a particular area of the discipline or set of skills. Certainly the recent announcements seem to suggest that this is precisely what the new departments are doing. Lancaster, for example, aims to capitalise on existing chemistry-led research activity in environmental, nuclear, biological and nano sciences. And King’s College will place emphasis on developing chemists for biomedicine, while Brighton is focusing on innovative teaching approaches and applied research.

So, let’s celebrate the news that universities are declaring their intent to support chemistry. But we also need to acknowledge that departments must be agile to ensure that they provide the chemists of tomorrow with the appropriate knowledge and skills to tackle the issues presented by an ever changing world.

Jim Iley is the RSC director of science and education