Nicole Moreau looks back on a year of chemistry

Nicole Moreau looks back on a year of chemistry 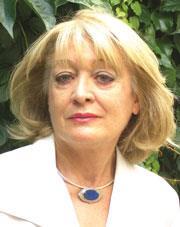 For chemists everywhere, the International Year of Chemistry (IYC) was an extraordinary, once in a lifetime opportunity to promote chemistry and raise awareness of its importance. As chemists, we know that chemistry is a central science and a vital industry, that it is fundamental and experimental, and that ’everything is chemistry’. But beyond our community, the image of chemistry is often a negative one, associated with issues such as pollution, environmental degradation, danger and cancer. Also, chemistry is involved in so many areas of science that it can become diffuse, disappearing as a subject in its own right. Therefore, the IYC set out to increase the public’s appreciation and understanding of chemistry, to encourage young people to take an interest in chemistry, and to generate enthusiasm for chemistry’s future.

Leading the IYC, Iupac and Unesco decided to focus on national events, open to all, with a small number of cornerstone global events and activities. The global events were the official launch ceremony, held at the Unesco headquarters in Paris in January, and the 43rd Iupac World Congress: Chemistry Bridging Innovation Among the Americas and the World, in San Juan, Puerto Rico. And on 1 December, the closing ceremony took place in Brussels.

The first global activity of the IYC was ’Women sharing a chemical moment in time’. Women chemists around the world were brought together for a breakfast meeting to celebrate the centenary of Marie Curie’s Nobel prize in chemistry and to discuss the role of women in chemistry. Then on the 22 March - World Water Day - the global experiment, ’Water: a chemical solution’, was launched in Cape Town, South Africa. This saw school students from hundreds of schools around the world carrying out experiments on local water samples all year long, making it the biggest chemistry experiment ever.

At a national level, industry, universities, schools, chemical societies and individuals alike have all been involved in achieving the aims of the IYC. As the president of Iupac, I was invited to many countries for various events and I can testify to the great success of the IYC. Many chemists look forward enthusiastically to working to make chemistry better known, and across the globe they planned a wealth of activities and events. Many of these events, taken together, became global events, such as commemorative postage stamps, open days, chemistry days or weeks and specific celebrations such as those on Marie Curie, the history of chemistry, molecules of the day or the month. There were also many public lectures and demonstration series, theatre plays, and visits to manufacturers and laboratories. Much of the activity was aimed at schools, colleges and young people in general, and, encouragingly, they were often delivered by young people too. As young people are the future of our world, engaging with them cannot be lost time.

However, even with all this good work, we can still improve. In particular, we still need to do more for the general public, journalists, decision makers and politicians. Many countries dedicated their scientific congresses to the IYC, but it is not to chemists that this message has to be delivered. Why not a conference for the general public at scientific meetings? I noticed that the smaller the city where an event took place, the better targeted the event was: I participated a meeting in a small town of less than 5000 inhabitants. There, we could meet the butcher, the housewife going to the market, the mayor and even representatives of the general council.

To conclude, the IYC has seen a tremendous amount of work from all involved, but we would be wrong to think that one year is enough. The IYC motto, ’Chemistry - our life, our future’, neatly captures the omnipresence, the scientific centrality, and the undeniable importance of chemistry, and we must all develop a common strategy in order to ensure that this importance is acknowledged by the public, stakeholders and politicians.

I believe that the IYC has been good for chemistry, that this ’positive offensive’ on behalf of chemistry will stay in the minds of young people, and that chemists themselves are more aware of the need to explain what chemistry is. Although there is still much to do, when I see the enthusiasm of those involved in making the IYC such a success, how determined and inventive they are, I can’t help but feel optimistic about the future.

Nicole Moreau is the president of Iupac