To secure public confidence in nanotechnology, we must learn from the past, says Donald Bruce

To secure public confidence in nanotechnology, we must learn from the past, says Donald Bruce

For some years, nanotechnologies have been promoted as heralds of a step change in technology. Our increasing ability to manipulate and create devices at the scale of molecules and cells, and the novel properties which emerge at this level, are talked of as a revolution. But will growing public awareness of nanotech be wary or welcoming?

As with nuclear energy and genetics previously, the power of manipulating the very building blocks of a field carries commensurate risks and ethical and social concerns. Do we know enough about what we are doing? Does society agree with us, in the light of past track records and present uncertainties? Are we overstepping important moral lines? 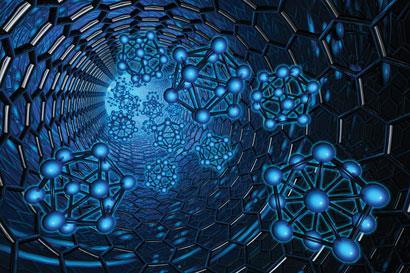 Public awareness of nanotech is growing

In 2004, the Royal Society and Royal Academy of Engineering’s report on nanotechnologies famously recognised not only their potential, as one might expect, but also the considerable uncertainty about the risks of manufactured nanoscale particles to human health or the environment. Untrodden territory called for a measure of precaution, but since then the regulation of nanotechnology has begun to raise important questions of public trust.

Firstly, the EU Reach regulation for chemicals has no adequate mechanism to cope with nanoscale substances whose production is measured in kilograms rather than tonnes. Given the huge promotion of nanotechnologies elsewhere in the European commission, this seems an extraordinary oversight. It does not encourage public confidence in our ability to anticipate the governance of revolutionary technologies.

A second question is regulatory inertia and conservatism.The general response to nanotechnology has been that new laws are not required; present ones can be adapted. Squeezing new technologies into existing legislations for which they were not designed can run into serious problems. For example, in 2000 the regulations attached to the 1990 Human Fertilisation and Embryology Act were amended to include stem cell research. But the way the 1990 Act was written meant that Parliament could not legally be offered a vote on probably the most widely accepted public position, that of allowing only surplus IVF embryos for this research. Similarly, as a former nuclear installations inspector in the 1980s assessing the safety issues for the first UK civil water reactor, Sizewell B, it became clear that many things needed rethinking from the philosophy applied to gas-cooled plants around which the legislation had been framed.

Although nanotechnology is still very much an evolution, the seeds have been sown in the public imagination of a nanotechnology revolution: ’We’ll be able to do almost anything we want to using nanotechnology’. But in the same breath people are told we don’t need any new regulations for all this. It is not a plausible message for public acceptance to solicit enthusiastic public approval for far-reaching technological changes - with devices that we can’t see and whose effects are still uncertain - and then suggest that we don’t need new regulations to handle them. If the power of nanotechnology is indeed so great, how can this new revolution not require regulation commensurate with its impact, or is it just so much hype?

A third issue is nano secrecy. The House of Lords select committee report on nanotechnology in food criticised the industry for its secrecy about nano applications. Keeping quiet about nano was likely to cause the very public concerns the industry wanted to avoid. But I’d argue we don’t just want crude ’nano’ labelling based on size definitions. To the puzzled citizen, is being nanoscale something dangerous, or a good thing? While it remains unclear what particular materials, size distributions and aspect ratios are hazardous, even a label like ’may contain manufactured nanoparticles’ is at present more likely to create a stigma than a safer and more informed citizenry.

What is lacking is an organisation that people can look to, that says, ’the buck stops here’. The combination of openness and rigour of the Food Standards Agency did a lot to recover public trust after the BSE and GM crises. Something similarly visible is needed for nanoparticles and their benefits and risks. People may or may not appreciate the niceties of the aspect ratios of carbon nanotube fibres, but they should be able to trust that somebody out there is looking after it; someone who can explain how regulation works and where the uncertainties are, rather than just say that no new regulation is needed. And burying publicly trusted bodies like the Human Fertilisation and Embryology Authority in Whitehall departments will not promote the necessary public trust, once the applications of nanotechnology really start to arrive.