Live from the lab

Where science, art and music meet 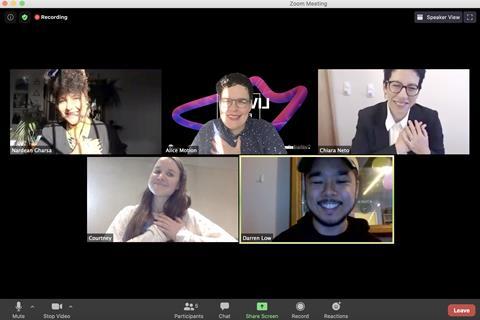 ‘Everyone understands the universal language of music,’ says Taylor Szyszka, a postdoctoral researcher working as part of a team trying to build autonomous and programmable nanorobots that can move through the body to detect and treat early signs of disease.

The Nanorobotics in Health project was one of six flagship projects from the Sydney Nano Institute that signed up for Live From The Lab, a project that aimed to exploit the ‘universality’ of music as part of National Science Week in Australia this year.

The project originated five years ago, when Sean Conran – a musician known as Obscura Hail – joined me on my weekly science segment on FBi Radio. Conran composed new songs in response to the science news stories I shared as part of the show. In a matter of minutes, the depth of emotion and engagement achieved with his music was palpable, even from the intimacy of the broadcast studio.

Scales about the smallest scales

This year, we reignited the project by uniting researchers with local musicians to create new music inspired by science at some of the smallest scales. Live From The Lab celebrated emotional responses to nanoscience, and created an opportunity to bring together artists and researchers at a time where connection and community has been trickier to find due to the Covid-19 pandemic.

For Szyszka, partnering with a musician was a way to bring her science to new audiences and to make it more accessible. ‘Where scientific concepts can get caught up in jargon, or where words can get lost, music can bridge the gap and provide a new way for audiences to engage with scientific ideas,’ she explains. 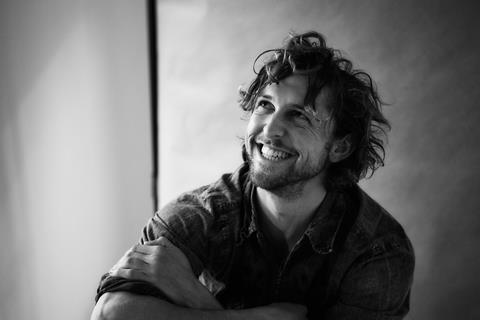 Musician Luke Davis valued the conversations he had with researchers

Szyszka was partnered with Luke Davis, a student at the Sydney Conservatorium of Music who found the conversations with researchers to be one of the most enjoyable parts of the project. ‘I enjoyed surpassing the limits of what I thought I could understand in the realm of science, and also in the way I can go about creating music,’ he explains.

Davis’ track The More I Think It The Bigger It Gets uses a repetitive mantra throughout the piece that emulates some of the more repetitive parts of science. His lyrics capture the excitement that he felt both for the research project and the opportunity to ‘indirectly impart knowledge’.

‘Often, we are more receptive when we don’t feel we are being “told”, but rather we are able to discover for ourselves,’ he explains.

Due to social distancing requirements, the musicians and scientists haven’t enjoyed an immersive artist-in-residence-type experience, but rather one 90-minute conversation over Zoom. Participating musicians were then tasked with creating original compositions in just 2–3 weeks. The pieces were kept tightly under wraps until their live premiere on FBi Radio each morning of National Science Week – with researchers and the breakfast audience hearing the piece for the first time together.

Chiara Neto, a professor of physical chemistry, was thrilled with the track composed in response to the project she co-leads; one that aims to develop an affordable and scalable technology to capture clean water from the atmosphere. ‘Live From the Lab enabled me to speak to the public through a musical interpreter, Nardean [Gharsa], who was excellent at highlighting key aspects of our work that are likely to fascinate and engage people,’ she says.

Gharsa’s composition is called Nano Steps. ‘I have always been astounded by science and the hidden workings of everything,’ she explains. ‘So having someone explain their research to me was deeply satisfying in that it allowed me to learn something new, and then create from there.’

Neto found herself surprised by her first response to the track. ‘I found the experience extremely moving,’ she says. ‘Nardean’s song is powerful and communicates the idea of science research so powerfully, in a more vivid way than I can with words.’

I too was surprised by just how emotionally affected I was on hearing each of the six tracks for the first time, a response neatly summarised by Gharsa: ‘Art is life translated into feelings – and everybody can connect with feelings, because we all have them. Being able to translate science into art means that the concepts are felt, which means that people can more easily connect with them.’

The next iterations of the project will hopefully enable audiences and participants to connect in person, with live performances interwoven with conversations between researchers and musicians. In the meantime, podcasts and recordings mean that we can share Live From The Lab with audiences outside of Australia, and perhaps entice chemistry researchers from around the world to join us for our next instalment.