Are compulsory licences for patent-protected drugs a necessary measure, or a threat to innovation?

Are compulsory licences for patent-protected drugs a necessary measure, or a threat to innovation? Six international experts give their opinions.

The use of compulsory licences in India and some other countries is attracting attention around the world, and rightly so. Allowing governments to intervene in patent matters in this way, without an extremely good reason, is a dangerous precedent, which could have unexpected consequences for the countries involved.

According to the Trade-Related Aspects of Intellectual Property Rights (TRIPS) agreement, compulsory licences should only be granted in specific circumstances, including public health crises. For example, if the population of a particular country needs a potentially life-saving invention as quickly as possible and the patent holder is unable or unwilling to meet the demand. 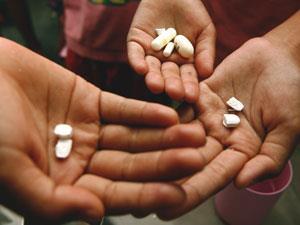 With this in mind, it is concerning to find so much variation in the legislation and its interpretation. The decision by the Indian Patent Office to impose a compulsory licence against Bayer in 2012, forcing the company to allow a local manufacturer to produce a generic version of the cancer drug Nexavar (sorafenib), has had a particularly unsettling effect on the pharmaceutical industry. In this case, the drug in question is not life-saving, but rather life-extending, and the decision taken by the court seems to be based on making the drug available to as many people as possible, as cheaply as possible, and on promoting local manufacturing. Does this really constitute right and proper use of the legislation?

In the UK, the legislation is much tighter. In fact it’s hard to think of a time when a compulsory licence would be required. The last time we came close was during the early stages of the Rwanda Aids crisis, where the pressure on big pharma to release large quantities of drugs for export was huge. In this case, the manufacturers met the demand directly with a low cost product, avoiding the need for any enforcement action.

For countries like India, which have lucrative generics industries and where consumer demand for all kinds of products, including medicines, is growing rapidly, the desire to interpret the law more loosely must be very tempting. However, there are many reasons why countries should think twice before granting a compulsory licence.

Patent protection and the commercial opportunity it presents are intended to compensate the patent holder for their investment in research and development, which is likely to have taken a number of years.

If countries grant compulsory licences too freely, innovators are deprived of the full benefit of their monopoly rights. As a result, big pharma could be discouraged from investing in drugs that only have a market in developing countries – for example, for conditions like malaria or dysentery. Collaborating with companies in such countries also becomes unattractive. Ultimately, such countries could become isolated, with less control over drugs that may be needed to treat their populations in the future.

Short-term considerations based on cost and availability should not overshadow the importance of nurturing the drug discovery process that benefits everyone.

Joanna Thurston is a partner and patent attorney at Withers & Rogers

the time took a strong view against expensive patented drugs and believed that these licences were the solution to improving access to medicines. The legitimacy of these licences was debated extensively, both in Thailand and abroad. Despite the controversy, compulsory licences on three further drugs were announced by the health minister by early 2008.

Governments should refrain from issuing compulsory licences in all but the most severe circumstances, for instance severe shortages of drugs, or a state of war. The Thai Patent Act reflects an effort to strike a balance between the critical needs of the public and firm protection of intellectual property (IP) rights. The section of the law that permits compulsory licences is limited to:

2The preservation or acquisition of natural resources and the environment

3Preventing or alleviating a severe shortage of food or medicine

Thus, an argument could be made that the intent of the law is to restrict the use of a compulsory licence only to those (rare) situations where it is crucial and cannot be avoided. Moreover, prior consultation and negotiation (in good faith) with the patent owners should always take place before the ministry steps in to issue a compulsory licence. 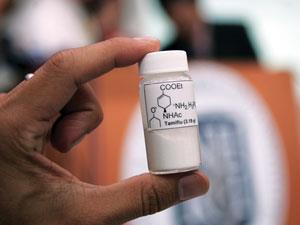 In the cases above, unfortunately, the underlying justifications and the validity of the compulsory licences are problematic. The totality of circumstances regarding access to medicines was not as severe as in other countries, and would not otherwise merit the issuance of compulsory licences on these six particular drugs.

As a matter of public policy, it is highly doubtful whether compulsory licences benefit patients and improve the healthcare system in the long run. Given the high costs of drug development, it is difficult to justify forcing the patent owners to give up their IP rights. If they are frequently employed without proper grounds, such interventions will reduce investment in research and development of new drugs and the availability of drugs in the Thai market, which will harm Thai patients in the long term.

On 9 March 2012, the Indian Patent Office (IPO) issued its very first compulsory licence for a pharmaceutical drug, since India re-introduced patent protection for pharmaceutical products in 2005. The drug in question, Nexavar, manufactured by Bayer, was prescribed for the treatment for both liver cancer and kidney cancer. The licencee was required to pay Bayer royalties at 6% of its net sales, a negligible amount, given that the licencee was selling the drug at a fraction of Bayer’s original price.

The IPO granted the licence on the grounds that the drug was not being made available to Indian patients at an affordable price and also that the drug was being imported instead of being manufactured in India. Both reasons have their basis in the text of the 1970 Indian Patents Act.

The IPO’s decision predictably came under heavy criticism from the pharmaceutical industry on the grounds that it would be a disincentive to innovate and dissuade potential investors from participating in the inherently risky business of pharmaceutical innovation.

The crux of the compulsory licence debate between the pharmaceutical industry of the developed world and the governments of the developing world is the very idea of such licences in patent law. The innovator pharmaceutical industry and their governments view compulsory licences solely through the prism of competition law or scenarios of national emergencies. The developing world views them in the context of human rights, where every patient is entitled to life-saving medicine.

The competition law argument authorises compulsory licences only when the patentee is found to be abusing its monopoly rights. One such area was airplane technology, which suffered from stunted growth until the US government forced the Wright Brothers to license their patent to competitors. Similarly, during the anthrax crisis or the bird-flu pandemic, there was demand even in the western world for compulsory licences to be issued as the treatments in both cases were patented.

The ‘human rights’ perspective, taken by developing countries like India, is not really grounded in such economic theory. It presumes that incentives to innovate will not be affected by a compulsory licence in just one territory of a globalised market. The only objective of a human rights policy is to make sure drugs are affordable for patients, most of whom lack public or private medical insurance policies.

Similarly, developed countries oppose laws that require patented inventions to be manufactured in all the territories where they are sold on the grounds that patentees should have the freedom to decide how and where to manufacture their products. Developing countries on the other hand are hungry for technology transfer.

The difference in perspectives between the developing world and developed world is stark, with no right answer.

Prashant Reddy is studying law at Stanford Law School, US

Compulsory licences fundamentally violate a patentee’s monopoly right, and should only be applied in exceptional cases. The essential bargain at the heart of the patent system – that the reward for disclosing an invention is a temporary monopoly right – is almost universally accepted internationally, across all technologies. This should be interfered with only in grave circumstances.

In pharmaceuticals, the patentee will not only have invested resources into developing the drug, but will also (usually) have funded the regulatory approval process. 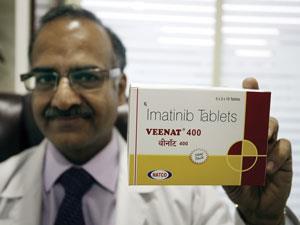 In general, I consider that only two scenarios justify a compulsory licence: genuine emergency or public need; or egregious conduct on the part of the patentee. Examples might be a health epidemic, or refusal to supply in a territory, or only at a discriminatory price.

I am of course sympathetic to the distress felt in areas where some pharmaceuticals may be unaffordable to many. But I do not see the emasculation of the patent system as a sustainable answer. It may work in a few cases to allow a generic manufacturer to undercut a patent holder, but the result will be that patent holder will stop offering that drug in that country in order to make it harder for their technology to be expropriated. And it may ultimately lead to companies withdrawing from a country altogether.

Perhaps a country would be content to have a generic-only drug market, but even that will lead to, effectively, the developed world underwriting healthcare everywhere else. This is not a sustainable model.

Darren Smyth is a partner and patent attorney at EIP

To date, compulsory licences have only been declared by the health ministry in Brazil on the basis of public interest. The Brazilian government has previously used this argument to negotiate price reductions with antiretroviral manufacturers: in 2001, Roche accepted a price reduction of 40% for nelfinavir and in 2005 a price reduction was negotiated with Abbott for the combination lopinavir and ritonavir. In 2007, however, after refusing a 30% price reduction for the HIV antiretroviral efavirenz, manufactured by Merck & Co, the health ministry declared public interest in the drug and granted a compulsory licence. The main argument was cost – given the large patient population (42% of the total) being treated with efavirenz, acquiring generic versions would save approximately $235 million (£154 million) over five years. ‘The perception of Brazil will not be the same,’ the president of Merck & Co’s Latin American division said at the time, adding that the company was reviewing its investment plan in Brazil. A Merck & Co spokesperson also said this was ‘a chilling signal … about the attractiveness of undertaking risky research on diseases that affect the developing world’.

Worldwide, compulsory licence rulings bring controversy, even when foreseen in international trades and supported by laws. This is especially true when the terms and conditions are not consistently defined, leaving room for interpretations that dangerously affect legal and institutional security, and which may favour arbitrary decisions.

Since then, the Brazilian government has not exercised or discussed any compulsory licences and it appears that it will refrain from doing so in the future. The indirect damages to the country’s economy that have resulted far surpass the benefits of buying efavirenz at a reduced price.