Credit where credit’s due

Disputes over authorship can be a source of conflict in the lab. The solution is greater transparency, says Mark Peplow 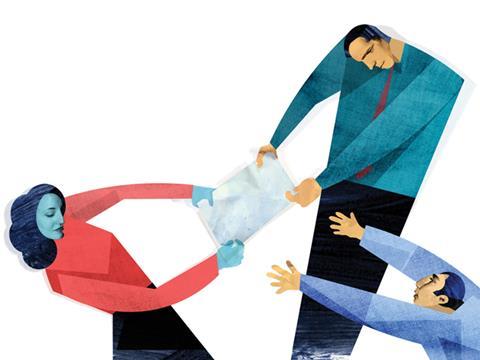 Everyone likes to get recognition for their work. But in science, seeing your name on the author list of a paper is more than a matter of pride. Publications are a key factor in winning grants and promotions, as well as attracting the brightest and best to work in your lab. Yet decisions about who should win authorship credit are not always straightforward, creating a potential source of friction between colleagues.

A recent analysis of how chemists navigate these issues revealed the somewhat dysfunctional process of apportioning authorship credit. Chemists and their universities, it seems, could do a lot more to tackle this knotty problem.

Back in 2009, Jeffrey Seeman of the University of Richmond, Virginia, who studies the history and sociology of science, and Mark House, a contract data researcher based in Gainesville, Florida, sent out a 50-question survey about authorship to almost 4000 academic chemists in the US, and got 600 replies. The pair released some key results a few years ago: half of those who responded said that they had not received appropriate credit on at least one publication, for example. Although this is a self-selecting group, the sheer number of gripes implies that this could be a relatively common problem.

Seeman and House have now drilled into the data to discover how respondents actually dealt with these authorship disputes. The results appeared in a special issue of Accountability in Research, covering various topics on research ethics in the chemical community.

Although 35% of the chemists blamed their immediate supervisor for an authorship omission, two-thirds of them did not broach the subject with their boss. Most said that they ‘could not imagine any good coming from such a conversation’, while almost half added that they were ‘afraid of being in a compromised situation’. Complaints about authorship might be rewarded with less-than-glowing references, for example, or by being sidelined in pedestrian projects.

And those who did pluck up the courage to confront their boss found there’s little chance of a positive outcome: not one ended up with a co-author credit. Hardly surprising, then, that most opted to seethe quietly.

Seeman and House argue that this situation stems from the power asymmetry between junior and senior colleagues. Tellingly, the data show that people are less afraid of complaining if they have to approach someone of more equal standing, or at a different institution.

It’s important to recognise that the survey made no judgments on the validity of these disputes. But it does highlight the perception of unfairness – and since it is this perception that ultimately leads to bad feeling, we should look for ways to deal with it.

Many professional societies and journals now offer guidance on authorship. But they are usually quite broad and open to interpretation. As the Royal Society of Chemistry’s own publishing guidelines say: ‘There is no universally agreed definition of authorship.’ Those guidelines do offer some useful rules of thumb, however, such as: ‘If there is no task that can reasonably be attributed to a particular individual, then that individual should not be credited.’

Yet Seeman’s work, and other studies, suggests that many scientists prefer to use a ‘gut feeling’ approach to assigning authorship that is largely based on their own experiences. Indeed, almost half of the chemists in the survey had asked to have their names removed from an author list because they felt they had not done enough work to warrant the credit. It seems that although many chemists have a strong sense of who deserves authorship, they often disagree on the criteria.

A more transparent approach would be to discuss authorship of specific papers at group meetings. While the principal investigator still makes the final decision, this would offer an opportunity to debate the issue well in advance of publication, and to learn about this aspect of research conduct. Where possible, the specific contributions of each author should be noted. This also means supervisors must be clear about how they will determine authorship credit, and what degree of contribution warrants inclusion.

And students themselves should be more willing to discuss authorship – after all, understanding these dynamics is a key part of their training as professional scientists. It may help if a student is working with several advisers, a model increasingly found in doctoral training centres.

Universities could also do more by offering access to an independent panel to act as an ombudsman to resolve disputes when they arise. But in the absence of such mechanisms, clear expectations and open dialogue are the simplest means of avoiding, and resolving, conflict.

Simply raising awareness of the issue could also make a big difference. Seeman hopes that his survey will be used in courses on research conduct, now commonly offered by universities in the US, UK and beyond.

Developing clearer mechanisms to deal with these issues could certainly improve communication and lead to a more collegial atmosphere. And that can only benefit the science.