Scientists should think about their own carbon footprint if they want to inspire public action on climate change, says Stuart Capstick

The 50,000 delegates from nearly 200 nations who gathered in Paris in December 2015 were attempting to address one of the most complex and pressing problems of our time. What emerged from this process – the Paris agreement – was generally recognised as a diplomatic triumph, and was stronger than many had expected. The agreement commits nations to keep temperature rise below 2°C with an expectation that countries will ratchet up their pledges on a regular basis to make this possible.

Science and politics of climate change

Although the Paris agreement might broadly be considered a political success, such impetus for action is only possible because of the work of the many scientists who have laid bare the consequences that unabated greenhouse gas emissions would have for the natural world and human societies. We can only imagine the consequences if these insights had somehow gone unnoticed. And we could only have watched, dumbfounded and in ignorance, as the planet warmed and disaster unfolded. 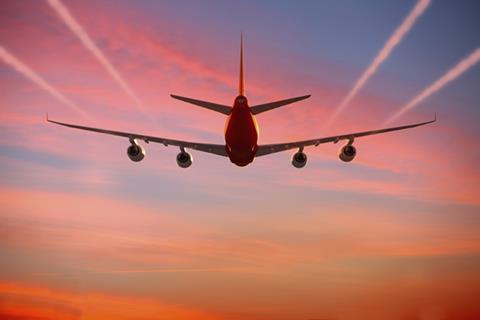 This depiction of the division of labour between science and politics seems quite straightforward. There are those whose job it is to measure, model and predict the intricacies of the climate system and how it changes in response to the addition of carbon dioxide and methane to the atmosphere. Having sounded the alarm, in a suitably sober and disinterested fashion, the baton is then passed from the laboratory to the debating chamber. It is not for chemists – or physicists, biologists or geographers – to press for the shifts in society needed to avert the consequences of runaway climate change. Once the data are in and findings published, it is for civil society and governments to decide what if anything is done about them. Or is it?

Mario Molina, awarded the Nobel prize for chemistry in 1995 for his research on the sensitivity of the ozone layer to chlorofluorocarbons, disagrees. In 2012 he recommended researchers should speak out on the urgency of climate change ‘to make sure that society moves in the right direction’.1 He noted: ‘It’s fine to be an advocate, as long as you remain honest with the science.’ The Royal Society for Chemistry takes the position that climate change will have a ‘serious adverse effect on human wellbeing and the natural world’ and affirms that mitigation is required, including ‘developing and deploying low carbon technologies, improving energy efficiency, and changing behaviours to enable sustainable development’.

In a recent paper2 by the Tyndall Centre for Climate Change Research, we argue that our behaviour as scientists actually matters a great deal. The prevailing culture of university research – which assumes and encourages frequent international travel and its associated high carbon emissions – is at odds with those appeals for a more sustainable society. This has significance for the carbon emissions of research institutions. More importantly, it is a matter of public trust. If scientists are as convinced as they say they are about climate change and the need for adjustments to the status quo, isn’t it time for them to show it?

Of course, any one person’s emissions are negligible in the context of the global carbon budget, but they send a powerful signal about how much a person really believes that substantial changes are needed to reduce emissions. Reluctance by the very people who work on climate change to forego their own high-carbon lifestyles makes it the harder to challenge a wider indifference and inertia among the public and decision-makers.

Within the Tyndall Centre, we are working to develop a set of guidelines by which researchers can determine the value – and justifiability – of international travel. We recognise that we need to take into account people’s career stage, available options on mode of travel, and the purpose of a trip. Travelling from across the Atlantic puts nearly three tonnes of carbon dioxide in the atmosphere. An early-career researcher in Miami invited to present her ground-breaking work at a major conference in Berlin shouldn’t be asked to turn down the opportunity; a professor travelling from London to New York to attend an interesting symposium might, however, reflect on the consequences of this for his carbon footprint.

Challenging assumptions about academic practice is an important part of this wider conversation. Proposals for climate-friendly research can be built into activities at the proposal stage, such as considering using virtual meetings and webinars in place of long-haul flights. Information provided to conference delegates could begin with details about how to travel overland, rather than simply providing the usual information about the nearest airport. Research groups can agree that, when it is necessary to travel, rail will be the default choice.

In many cases, reducing the carbon footprint of research activity can result in innovative, cost-effective and smarter working practices, as well as meaning that the way we work is in line with what we know about climate science. There is every reason to think hard about the choices we make before booking that next flight.