Do androids dream of electrostatics? 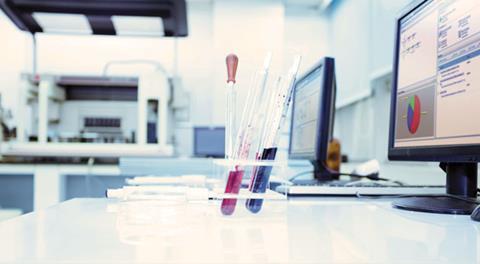 As a PhD student, with too much freedom and too little focus, I tried to divert my labmates by setting up a Go board in the lab to try to learn the ancient Chinese strategy game. But I only ever acquired a passing familiarity with the game – none of my opponents were any more informed than I was, and when I looked for machine opponents, I found none.

At the time, I was surprised – a washing machine could have beaten me at chess. Go’s nuanced complexity, however, had foiled the scouring of possibility space that powers chess programs. Go’s almost infinite options apparently represented an impossible challenge for computing.

But impossibility isn’t what it used to be. In March this year, Google’s AlphaGo computer took on Lee Sedol, the world’s number one Go player, and won.

AlphaGo’s victory is a triumph for machine learning and artificial intelligence, and is also notable because the machine seemed to behave in exceptional ways. AlphaGo confounded Lee with moves so unexpected that they prompted the game’s most accomplished human player to gape and then laugh in astonished disbelief.

The five-game series concluded during this year’s Spring ACS meeting, which fittingly had the theme of computers in chemistry. Many of the talks discussed the impressive state of the art in computational chemistry, and in the context of AlphaGo’s success, it was also an opportunity to consider how computers, and particularly artificial intelligence, might change what chemistry is and how we do it.

Most of us are conceptually comfortable with the computer as an expert system: provide the known rules and let the machine do the heavy lifting. Bartosz Grzybowski’s Chematica, for example, is a network of millions of chemical species and the transformations that connect them. Chematica can propose synthetic routes, and as Derek Lowe recently discussed in his blog, it’s getting very, very good. But it only works within the bounds of known chemical space. Now, if AlphaGo can surprise a human, could artificial intelligence one day propose new interactions, or find unknown solutions?

Phil Baran, the doyen of organic synthesis, spoke positively about the predictive and pattern recognition capabilities of computers, but he maintains that the complexity of synthetic chemistry is like ‘chess in 500 dimensions’. The sheer size of the problem is still far beyond our ability to apprehend it with algorithms. Yet others, such as Lee Cronin, are convinced that the problem is tractable, today.

What is clear is that the nature of chemistry and chemists is changing. We approach a time when machine minds may well become a mundane feature of our world and work. And in that future, Baran and Cronin are both right; computers can compete with humans, yet the true potential lies in enabling human and artificial intelligences to work in collaboration. AlphaGo has a trophy, but how long will it be until AlphaChemistry has a Nobel?