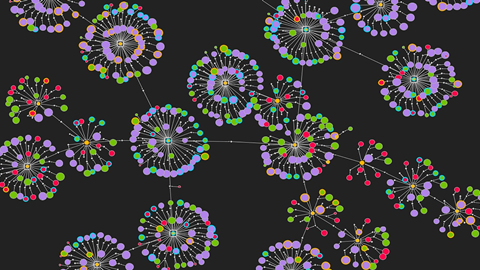 Jason Apter, head of research solutions strategic marketing and innovation at Merck’s Life Science business, says the deal extends its chemical synthesis portfolio into the digital realm. Chematica can supplement its activities, and those of stalwart reagent supply subsidiary Sigma–Aldrich, ‘by providing a revolutionary way for customers to plan their synthesis’ he says. That will include a link directly to required starting materials ‘for the first “design-to-purchase” solution in the industry’, Apter asserts.

Merck is buying the company developing Chematica, Grzybowski Scientific Inventions (GSI), named after Bartosz Grzybowski from Ulsan National Institute of Science and Technology, South Korea, and the Polish Academy of Sciences. ‘We all grew up with Sigma–Aldrich, so I really like this prospect,’ Grzybowski tells Chemistry World. While no financial details were disclosed, he explains that investment in the tool is important because of its complexity, which has limited its availability until now.

Chematica’s power comes from expert-defined advanced organic synthesis rules and algorithms that scan millions of data points and pathways to find the most cost-effective routes to making chemicals. ‘Unlike a number of other solutions on the market today, it is not literature based, but rather combines an incredible amount of chemical knowledge and processes it in seconds,’ says Apter. ‘In addition to its unrivalled speed, the tool designs viable and optimised synthetic pathways toward both known and previously-unknown targets – a capability that remains unmatched.’

These extraordinary claims have met with caution from some chemists, especially developers and users of other reaction planning tools. That’s partly because few have been able to access Chematica so far, although Grzybowski says that there are users in both academia and industry. He explains that, because of the millions of steps involved, the tool can’t be run on a standard PC – it requires a 64-core server. Each server costs around $20,000 (£15,500), Grzybowski says, and GSI has been helping a select number of users cover those costs. Merck’s backing could enable the system to eventually run on cloud servers, he hopes.

While validation of Chematica hasn’t been widespread, Apter confirms that Merck’s Life Science business has ‘done work with the tool ourselves and [we] are confident in its abilities’. Grzybowski and the Merck team say that they plan to publish their results in an upcoming peer-reviewed paper.