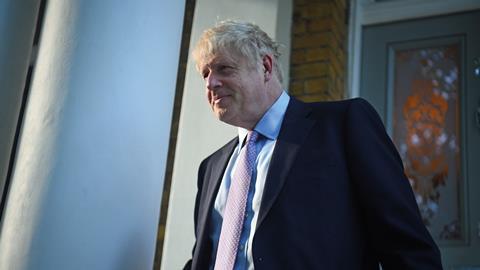 Does the higher education review augur well for universities?

The eagerly anticipated (or dreaded, depending on your situation) Augar review of higher education in England is finally here. And it may give heads of university science departments sleepless nights. The report’s recommendations include cuts to tuition fees that could leave universities facing a £1.8 billion hole. Expensive degrees like chemistry could suffer. But the watchword is once more uncertainty because university leaders have no idea yet which way the wind is blowing in Westminster.

The leadership battle for the Conservative party is heating up. We’ll know by 22 July who the next leader will be, and by extension the prime minister. The frontrunner is Boris Johnson, whose reputation as a chancer and charlatan has done little harm to his prospects of leading the country – a sad indictment of the UK’s current politics. Nevertheless, these are the facts on the ground.

Given another looming Brexit deadline on 31 October, it seems unlikely that the new prime minister will be immediately concerned with making sweeping reforms to higher education. However, the political calculus may have changed. On the basis of the televised debates, none of the candidates has a credible approach to resolving the Brexit deadlock, and the promises made during the leadership election hustings of new deals with Europe and fanciful solutions to the problem of a hard border between Ireland and the UK will clearly not materialise. So an early general election may have to be called, and students could be a decisive voting bloc. Students laden with huge debts swung decisively to Labour at the last election and were blamed for the loss of formerly safe Conservative seats (although the actual results are a bit more complicated than this, it’s the perception that matters). It’s just possible that the next prime minister may enact the recommendations in the Augar review in the hope of capturing some of these votes.

The danger is that this motivation could lead to cherry-picking recommendations. Potential vote winners such as cuts to fees might be enacted while politically less palatable proposals that more taxpayer funding should be channelled into ‘high value and high cost subjects’ – read science, technology, engineering and medicine – might be ignored. Recent governments, as well as the report, are always keen to talk up the importance of science and technology to the economy, so guarantees are needed that any shortfall created by cutting fees will not harm these vital subjects. If they want a strong science base then politicians need to make sure it’s properly funded.