Where, exactly, does a new drug come from? When I started blogging about drug discovery, I had already been in the pharmaceutical industry for 12 years, so I thought I had a reasonably good idea of how to answer that question. But putting my name out in public exposed me to a wider spectrum of opinions, some of them worth hearing and some of them almost entirely wrong. 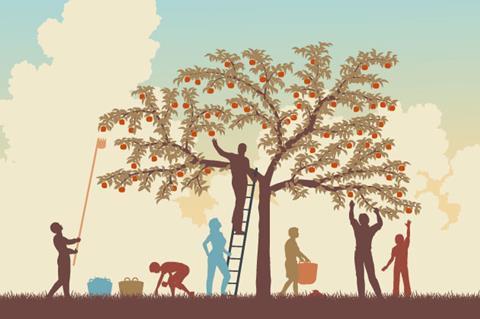 In that last category are (apparently) a large number of people who are convinced that virtually all new drugs originate from academic labs. No, not just some of the ideas for drug targets, or some of the mechanistic details of the biochemistry: the compounds themselves. These, I am not-very-reliably informed, are snatched up for insultingly small sums by the big drug companies, who then spend a few weeks deciding on a brand name and colour scheme, then introduce it to the market and rake in billions of dollars. I’m parodying this point of view, but unfortunately not by much. Especially in the US, there are large numbers of people who are convinced that all drugs come from universities and/or the National Institutes of Health.

The truth is, of course, that a lot of valuable work does come from such sources. But not very many drugs themselves. Somewhere around 70% to 85% of all new drugs are, in fact, discovered and developed by the biopharma industry – the exact count depends on what years you examine, and how you apportion credit in cases of collaboration. And even when a compound that makes it to the pharmacy shelves is one that was first made in a university or non-profit lab, the compound development work is done by industry.

And just to be clear, that ‘development’ involves more than deciding on the colour of the tablet. Even a compound dropped  directly into a drug company’s lap has to be taken through toxicity testing in multiple animal species; evaluated in a range of formulations for blood absorption, stability, and so on; taken through a gauntlet of extremely expensive human clinical trials; and other such tasks. No university has the facilities or expertise to do these things on their own (nor should they, many would say), so any drug that’s marked down as coming from academia will still have plenty of industrial work behind it.

But any drug coming from industry will, likewise, have plenty of academic work behind it, in a broader sense. Much of our knowledge of cell pathways and human biochemistry derives, eventually, from just such academic research. Industry contributes to this as well, but industry also contributes a great number of drugs and drug candidates that are used as tools in academic labs to work out still more unknown details. We actually play to each other’s strengths, most of the time. But in the end, discovering that pathway X is relevant in disease Y is not the same as discovering a drug to treat disease Y.

No doubt my perspective has been altered by years of doing just this sort of work. I don’t find any of this information to be surprising, and I don’t see why anyone else should, either. But you should hear people argue the contrary! The recent hearing in the US House of Representatives on drug pricing is an example. This featured a most uninformative appearance by Martin Shkreli, who revels in his recent fame as a hard-nosed price-raising pharma executive. That alone should have made watching the whole process difficult enough. But the questions from members of Congress made it clear that many of them had no idea whatsoever about how drug research actually works, or even the difference between a prescription drug and a generic one.

It was a depressing spectacle for anyone with any actual knowledge of what the committee was supposed to be talking about. It probably did provide plenty of campaign-commercial material for the presidential election, though, which may be more to the point. To try to cheer myself up, I reminded myself that at least I make a living as a scientist and not a politician. It worked.