Metal coatings can be useful for protection – or disguise

Iron would an ideal construction metal but for its annoying habit of rusting. Big iron-alloy structures like the Forth Road Bridge in Scotland have to be protected from corrosion with frequent coats of paint.

Almost all metals react with the oxygen in the air, and form a surface oxide film. Unlike weak and crumbly iron rust, that film is seldom a nuisance: indeed, it can often be useful. Aluminium, for example, has an oxide film that is transparent and very tenacious. Anodised aluminium, with its electrolytically thickened oxide coating, can be given many colours and will even hold print. And its oxide film forms so rapidly, adheres so strongly and protects the metal underneath so well, that aluminium is a useful engineering metal. Napoleon III even had an aluminium cutlery set to impress foreign dignitaries. 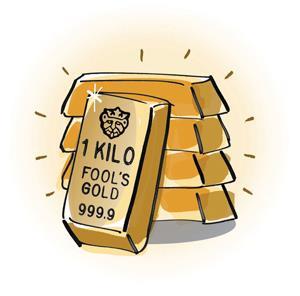 In the 18th century, iron sheet was often protected against rust by being dipped in molten zinc. The zinc corroded first and thus preserved the iron. Later, when electroplating was invented, the zinc was usually electroplated on. Hence the term galvanised iron. (Unknowing customers often confused the word with corrugated and, for example, tried to buy galvanised asbestos.)

Another early development was the food tin can. By immersing steel sheet in molten tin, you could make tinplate. This could be formed into containers, and the oxide film on the tin stopped the wet food from corroding the steel. The resulting tin can would preserve food. The technology depended on two principles: first, if you heated the tin hot enough the microbes inside would be killed; and second, life cannot arise by itself, so living microbes could never thereafter arise in the tin and it would last for ever. Tins of food have been opened after decades of storage, and have still been found pure and fresh.

Many metals have a transparent and tenacious oxide film. We can often create an appealing domestic object by plating such a metal onto a cheap strong base. The coating metal may be almost useless in bulk, but as a thin surface layer it can be very attractive. We do not see its thin transparent oxide coating; we just see the plated metal beneath. Even better, if that oxide film gets worn off for any reason, it is automatically replaced by the action of the air on the underlying metal. In the early days of the 20th century, electrochemistry made metal-plating relatively easy. Nickel and chromium were excellent plating metals. Nickel was popular in card-trays, handles and so on. Later, chromium largely replaced it. Indeed, silver plating was sometimes used. Nickel silver, or German silver, was an alloy that looked and handled like silver but contained none. It was an alloy of copper, nickel and zinc, and was often plated with real silver to give the impression of a pure silver object.

Given the commercial appeal of silver-plating, how about the ultimate deception, gold-plating? A few noble metals do not react at all with the oxygen in the air, and have no surface film of oxide. Gold is one of them. Indeed, gold is so stable and unreactive that it is a standard of value. Accordingly, a gold-plated object should be indefinitely stable, would withstand chemical tests like treatment with nitric acid and could well appeal to the gullible investor. A density measurement or a bit of spectroscopy would reveal the fraud, however. It would be strongly underlined when the object was later melted down for its gold.