Could the debate over pharma price-gouging have positive results for both patients and companies? 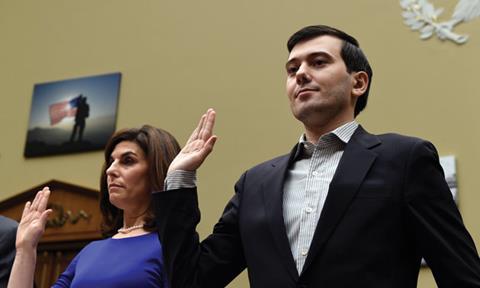 Here’s a provocative question: what if Martin Shkreli and other price-gouging pharmaceutical industry strategists end up having a positive effect on healthcare?

There’s no doubting that, in the short term, conflicts over drug pricing are further tarnishing the industry’s already turbid reputation. But events like Turing Pharmaceuticals boss Shkreli being hauled in front of the US Congress have brought the issue to the political foreground, and forced policymakers to think about the way the country pays for drugs.

On both sides of the political divide, presidential hopefuls have suggested that one way to begin to address the pricing issue is for the state-run health insurance programmes Medicare and Medicaid to be able to negotiate discounts on drugs, in the same way that national healthcare systems around the world do.

It seems ludicrous that the US system professes to rely on ‘market forces’ to set reasonable drug prices, but then forbids some of its biggest players from exercising their buying power. Whether or not market forces can ever function successfully in such a highly regulated and constricted arena, where prices are effectively obscured from consumers, is another question entirely. Either way, unshackling negotiations could start to exert some downward pressure, to the benefit of patients in general.

But how do lower prices benefit the industry, I hear you cry. That’s a little less certain, and requires a long-term view. Lowering drug prices would throw the expensive clinical failures of drug development into even starker relief than they are already. One could argue that it would give company bosses a more pressing incentive to address the hit-and-miss nature of drug discovery.

That said, the incentive for improving success rates is already huge. Significant effort has already gone into finding ways to better predict clinical outcomes, or identify and kill dead-end projects earlier to prevent failures, have not borne much fruit. So what’s to say that piling on more pressure would lead to any better progress? Drug companies are already facing pressure on revenues as big-selling drugs lose patent protection. The easy way out of such a situation seems to be the short-term fix of buying in successful candidates to stock pipelines, and/or firing a bunch of staff to reduce costs and ‘streamline’ operations.

Faced with those options, it’s easy to see which is more attractive to shareholders, even if it does little to prevent the problem recurring a year or two down the line. Perhaps it will take braver leaders to look past the benefits of symptomatic relief, and tackle the root causes of the industry’s ailment.