Hanging on to helium

Helium is running out. More truthfully, helium at, or anywhere near, today’s prices is running out. Throughout the past half century helium has come to be relied upon as a reasonably cheap, readily available cryogen for applications where the lowest of temperatures are needed. These low temperature applications have, in turn, become useful to healthcare providers and scientists, for example to cool the superconducting compounds for medical MRI scanner magnets. But prices are about to get higher. To understand why, we must look to history. 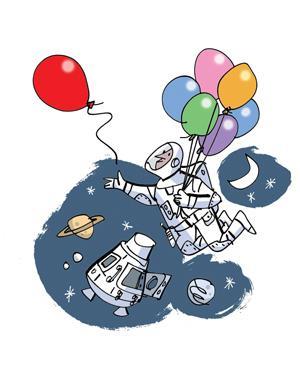 The large scale manufacture and stockpiling of helium in the US that began in the early 1920s was a strategic move, as it was thought that airships would be a key piece of future military technology. The National Helium Reserve in Texas, which still provides more than a third of the world’s helium, was established in 1925 to ensure an abundant supply of the gas. As it happened, airships didn’t really work out as the key military or commercial force they were expected to be, but soon after this the use of, and demand for, helium as a cryogen took off and production continued to expand.

In 1996 Congress passed the Helium Privatization Act, which mandated the sell off and closure of the National Helium Reserve by 2015 in order to claw back some of this government money. This has artificially depressed the price of helium in recent years, but with it due to be completed soon a sharp increase in global prices is expected. Such an increase will affect the running costs of MRI and NMR technology, and could significantly push up the cost to radiology departments and other areas of healthcare.

But perhaps the more worrying issue long-term is that helium is an essentially non-renewable resource, being the planet’s only non-abundant resource that escapes into space if not contained.

It would seem that the only way to really address this is to ensure the gas is not lost to the atmosphere in the first place, which is easier said than done. Helium recovery systems – which usually involve compressing the evaporating gas followed by purification and liquefaction – can be fitted to MRI or NMR devices. But currently the equipment costs (about $100,000 [£60,000] for a system to reclaim 15 litres per day) mean this option isn’t economically viable for small institutions.

Of course, many of the impacts on healthcare could be completely mitigated if helium were not the only cryogen available for high field MRI. There are other materials, such as yttrium barium copper oxide, that can be cooled to superconductivity with liquid nitrogen. These high temperature superconductors were only discovered in the late 1980s and the mechanism by which they achieve superconductivity is still not understood, so they have not really been expanded on to any great extent. The discovery of high temperature superconductors suitable for high magnetic field applications could be just around the corner, though it seems a risky strategy to rely on future discoveries.

Finally, it would be impossible to discuss helium without mentioning party balloons, which currently represent nearly 10% of annual consumption. The International Balloon Association issues guidance on how to reduce helium consumption in balloons, including filling them with a 60:40 mix of helium and air, and the use of modern balloon material designs which increase ‘float-time’. Needless to say, the use of hydrogen as an alternative lifting gas for balloons has not been floated.