A chemical point of view

Chemical knowledge and a scientific analysis shape our view, but can also be selectively ignored

Being a chemist (or any other sort of scientist) means taking a certain view of the world. It’s one that seems natural to us now, but it’s nothing of the sort. The idea that there are invariable natural laws and that they can be discovered (and queried) by organised experiments has not come easily to humanity. What does this sort of thinking do to a person’s view of the world, compared to a non-scientist? More specifically, what does knowledge of chemistry do for them? I would divide these into two categories – the effect of the knowledge itself, and the effects of a scientific frame of mind. 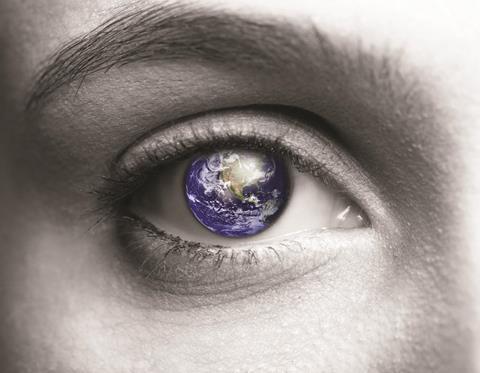 The general effects of knowing science are a simultaneous amazement at the complexity of the natural world, and a sometimes terrifying perspective on any individual’s place in it (put simply, it does not care about us very much). Astronomy and physics are well known to provide these sensations, but biochemistry is complex enough to humble anyone. As for indifference to human concerns, any chemist who’s experienced a violent exotherm knows the utter callousness of thermodynamics. These systems will do what they’re going to do, and no amount of charm or argument will coerce them to do anything else. People whose work deals mostly with other people tend to overestimate the power of a strong or attractive personality, but those who spend their time interrogating the physical world know the limits of that approach.

More specifically, knowing the details of chemistry in day-to-day life can be simultaneously useful and annoying, since one can’t help seeing things in terms of molecules and their properties. At home, it helps in working out what will might clean a stubborn stain (or ruin the garment). But when you see people advising others to clean things with the magical mixture of vinegar and sodium bicarbonate, you automatically wonder what’s so useful about fizzy sodium acetate. Seeing chemistry abused causes distress. The mangled chemical structures that advertisers seem to think are so much more scientific-looking than anything real are always irritating: a glance at advertisements for expensive bottled waters – with their claims about pH, oxygen levels and worse – is enough to raise one’s blood pressure beyond the help of any all-natural spring. And the persistence of vitalism continues to amaze: I’ve had someone insist to me that pure, crystalline vitamin C derived from an orange has something in it that ascorbic acid from a flask can never possess.

But it’s the scientific habits of mind that are the real change. Not everyone approaches the news of some discovery with the attitude of: ‘that’s interesting – I wonder if it’s true?’ In the lab, ‘What’s the evidence for that?’ can be a neutral or even friendly question. But in day-to-day life it is often taken as a challenging insult. By normal standards, a scientist seems like someone who doubts everything until they’ve seen it happen at least twice (that said, who among us has not been misled by exciting but irreproducible ‘n=1’ results?) Questions about sample size and confounding variables do not come naturally, which is surely one reason that the scientific method itself took so long to become established.

There is a mistake waiting at the other end of the scale from credulousness, though, because there are always mistake waiting at both ends of every scale. Scientific arrogance is not an unknown problem, inside or outside the lab. Human beings of all kinds are often too attached to their own beliefs, and scientific training, while it’s supposed to help counteract this, can at times reinforce the problem. Every field has its example of disputes fueled by conflicting interpretations of the evidence. And the general human tendency to believe what one wants to believe can be stronger than any training at all. We are all too willing to toss out whatever we’ve internalised about standards of evidence and reproducibility when it comes to topics that we’re passionate about, and this has led (and will lead) to mistakes large and small. Science itself, in its purest form, is not human, but its practitioners are very human indeed.