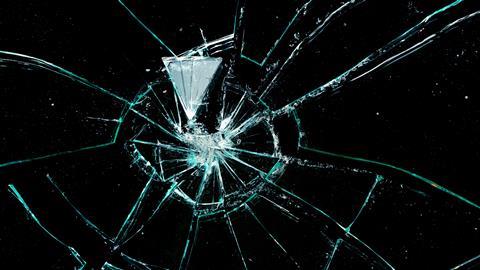 How to break up a party

Did a thrown glass shard fell a festive partygoer, or was he stabbed?

Holiday parties can fill people with dread rather than festive glee. Partygoer behaviour can quickly move from celebratory to embarrassing – and in extreme cases, even to the downright criminal.

Twelve years ago in Germany, one Christmas party began with fun among friends and then morphed into a melee.1 During the brawl, a man crashed through a glass table, and shortly afterwards the friend he was fighting lay dead from severe blood loss. Witnesses – possibly intoxicated, reluctant to admit what they saw, or conflicted – provided different versions of events. The surviving fighter claimed that he ‘threw a fragment of the broken glass table in the direction of the other male and hit him in a way so that he collapsed bleeding profusely’. But some witnesses claimed the victim was stabbed with the glass shard. A forensic investigation was needed to find out the truth.

The victim was struck in the right side of the neck by a piece of glass from the broken table. Struck with sufficient energy to pierce flesh, cut through the right sternocleidomastoid muscle, slashing both his jugular vein and subclavian artery, and slicing the pleural dome of his right lung. This fatal wound was approximated to be 10cm long. Could a thrown ‘dagger-shaped glass fragment’ do that?

Examining the potential for thrown or thrust sharp objects to cause particular types of injuries is an active area of research. Studies designed to clear up the truth behind murky incidents can be incredibly specific, covering details including how the composition and physical properties of a weapon influences the damage that it causes, how a user’s grip affects a stab or throw, how throwing distance influences hits or misses and injuries, how different weapons cut fabric and other materials – and much more.

In 2018, researchers at the Zurich Institute of Forensic Medicine published a paper with the intriguing title of ‘Injury potential of thrown sharp kitchen and household utensils’.2 They investigated the damage that would be caused to the human abdomen by three types of knives (chef’s, skinning and paring) and office scissors, thrown using different techniques and over a range of throwing distances (0.5–4m). Of course, real people were not used as targets in the study. The study target was a model of the human abdomen. The researchers set a gelatin solution and covered it with a ‘skin’ made from a silicone rubber product called Ecoflex, which is used in surgical models, prosthetics and special effects. This combination of pseudo-skin and easy-to-see-through gel allowed the hits, misses, piercings and penetration depths caused by each sharp object to be recorded.

After looking at all the data, the researchers concluded that heavier objects are more dangerous because they are more likely to cause an injury when they hit the abdomen; they also penetrate the abdomen more deeply. But light objects are not completely off the hook. Thrown scissors are highly likely to cause an injury, as is the paring knife at a moderate one and a half metre throwing distance, but ‘the penetration depths are expected to be low’.

These findings show some agreement with the results published eight years earlier by researchers trying to resolve the Christmas party incident.1 This study began by looking at the breaking behaviour of the glass table top. Just as you can’t stab someone in the abdomen for science, you also can’t send people crashing through glass tables. The researchers instead used a 40kg sand bag, chosen because a ‘rough estimate of the weight distribution in the falling body (accused, 58kg) leads to the assumption that roughly one third of the weight remains on the feet’. A high-speed camera and a well-placed mirror recorded the full picture of what happened on impact.

After examining the properties of the pieces of the shattered tabletop, the researchers performed a series of tests – including throwing the fragments at gel targets – to see whether the shards could cause the wound seen in the Christmas party fight. But no matter the mass of the glass fragment or who threw it, the velocities and the calculated energies of fragments were insufficient to cause a 10cm penetrating wound. The researchers also found that a glass fragment is likely to tilt when it hits somebody ‘without reaching a significant penetration depth’. In addition, the trajectory of possible throws was all wrong.

A stab was determined ‘much more likely’ to have caused the wound that brought one friend’s life to an end at a Christmas party. The friend-turned-accused was imprisoned for six years for the death.

Strife and woe marked this holiday – a sharp contrast to a season often full of joy, giving, and love. May ours be of peace and good cheer.

Special thanks to physicist and science writer Matthew R Francis for providing insight into the physics discussed in reference 1.