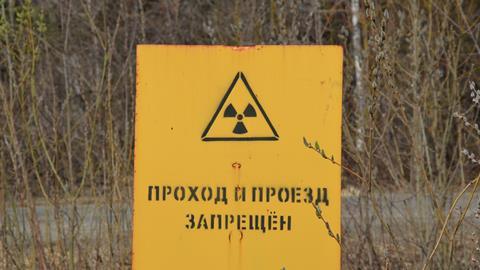 In late September and early October last year, the radionuclide ruthenium-106 was detected all over Europe – the first time it had been recorded on a continental scale since the Chernobyl disaster. A nuclear reprocessing facility in Russia became the focus of attention. Now, in their final report, French authorities have confirmed that a significant quantity of ruthenium was released from the South Ural region, probably from processing of spent nuclear fuel. But the Russian authorities deny any leaks occurred at their facilities in this area and are seeking further data on weather effects.

The French Institute for Radioprotection and Nuclear Safety (IRSN) recently presented its report in Moscow to the international commission of experts set up by the Russian authorities to investigate the origin of the ruthenium-106 leak. It states that the release occurred between 25–28 September, and would not have lasted longer than a day. At the levels detected, there was no risk to human health or the environment. Russia operates two sites in the region – the Mayak and Dimitrovgrad facilities – but the Russian Nuclear Safety Authority claims that no leaks occurred there between August and November 2017. 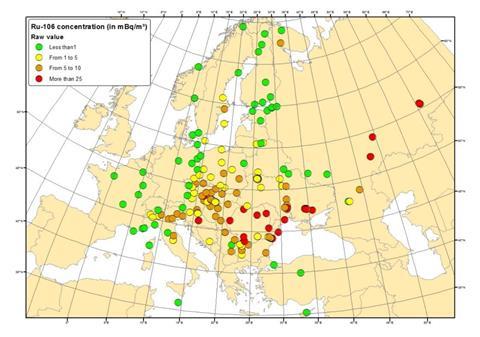 The report rules out an accidental release from a nuclear reactor, which would have resulted in the presence of other radionuclides, as well as from a medical source or satellite. Based on all the information available, and the fact that several monitoring stations also detected ruthenium-103, the IRSN says the release probably occurred either during a fuel processing operation or during refining of fission products. It favours the second suggestion. The IRSN points out that there creation of a ‘cerium-144 source’ was planned in 2017 at the Mayak plant, and proposes an investigation into whether this happened.

According to the Nuclear Safety Institute of the Russian Academy of Sciences, the commission still needs to collect and verify all available data, and to get more information on local weather conditions and precipitation. It notes that an ‘atmospheric phenomenon of descending air flow circulation’ was observed in the region around the end of September. The commission’s next meeting is scheduled for April.

Malcolm Sperrin, director of the department of medical physics and clinical engineering at Churchill Hospital, Oxford remarks: ‘Local concentrations due to air pressure and local air flow can come together to cause higher than normal concentrations of pollutants. But it is unlikely that this is what happened here. The traditional response of certain countries, such as Russia, is to insist nothing happened, as they see it as a slur on their abilities and don’t want to lose face.’ The bottom line, he says, is that there has been a leak. He thinks the concentrations involved suggest a purification process, possibly while refining spent fuel for medical purposes.