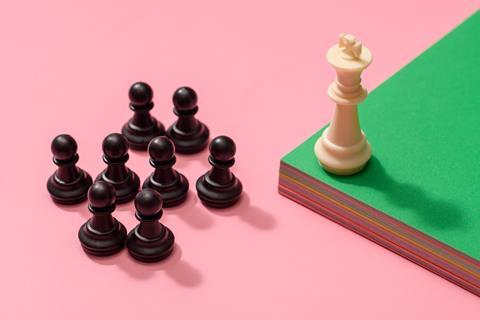 Universities UK (UUK), the organisation representing Britain’s universities, has just produced a new policy document Changing the culture: tackling staff-to-student sexual misconduct. In this, they announced that personal relationships between lecturers and students should be ‘strongly discouraged’. As if that will make any difference. Academics should not be permitted to have relationships with undergraduate students.

I should first state that I have a ticket in this lottery. When working at another university, I alleged misconduct that included an undeclared relationship between a senior professor and an undergraduate in his department. What happened? I left, and he didn’t.

Many universities in the US have already had enough of the trouble caused by relationships between professors and undergraduates. Northwestern University was one of the first to have a complete ban on them, explicitly recognising the risk of coercion and the possibility for, or perception of, exploitation. Other prestigious institutions have similar bans, including all eight Ivy League universities. The Northwestern ban followed investigations that found against a professor accused of sexually assaulting two students. Despite one of the two being a graduate student, Northwestern’s blanket ban is restricted to undergraduates. Graduate students are permitted to have relationships with professors provided these are disclosed and there is no direct supervision involved. In what follows, I shall restrict my discussion to undergraduates.

Relationships between doctors and their patients have been prohibited by the General Medical Council’s code of conduct since it was introduced in 1995. Such relationships erode trust in the medical profession, and it is hard to argue that this would be different for academics and students. British universities usually require a declaration of any relationship so that arrangements can be made when supervisory responsibility is involved. Some universities, such as University College London (UCL), go further and ban relationships where there is direct supervisory responsibility, but policies requiring self declaration lead to arrangements that end direct supervision anyway. Universities with policies like UCL’s may have problems in defining direct supervision and dealing with breaches of the ban.

Many academics and students, having declared their romantic partnerships, are now enjoying long and happy marriages. Good for them. Encouraging bans is not to show disrespect; after all, no rules were broken. But times change and we must adapt. In a lecturer–student relationship it is impossible to know where consent ends and coercion begins. These are never equal partnerships and this underpins the reasoning behind any ban. We can contrast this with relationships between colleagues in different workplaces. In large organisations, managers should not be in relationships with subordinates. But undergraduates are not paid to do a job. They are paying for an education provided by teachers, who should view them solely through that lens.

Even if we suppose that good policies with effective implementation exist to address conflicts of interest in declared relationships, there will always be the feeling that the power differential is being exploited. If policies are not trusted, they are not worth having. Certainly, students are sceptical: a 2018 report compiled by the National Union of Students in partnership with the 1752 Group found that a large majority (about 80%) were uncomfortable with relationships between staff and students.

Banning relationships between academics and undergraduates formalises their mutual professional obligations. Setting boundaries is important and affects the behaviour of both lecturers and students. This would justify a blanket ban rather than simply prohibiting relationships where there is ‘direct supervision’ because, with romance off limits, students may discover a more congenial learning environment encompassing the whole university. Many courses straddle departments, and academics and students are encouraged to engage beyond rigid disciplinary boundaries, so it is sensible to prohibit relationships across the institution.

The UUK report calls on universities to address sexual misconduct but Cara Aitchison, who chaired its Sexual Misconduct Advisory Group, has said nevertheless that we cannot ban relationships between two people who are legally consenting adults. If that were true, then it would also apply to bans where there is direct supervision. It is true that if we ban relationships, some may go underground. But this is equally true of the medical profession. We don’t know the full impact of undeclared relationships because, when exposed, details are usually hidden in the protective cocoon of a non-disclosure agreement.

Exposing a relationship will damage the student’s progression, but if a lecturer and a student fail to declare a relationship, one must assume that the explanation would not survive scrutiny. Is the student illegitimately getting better grades? Is either party already in a relationship?

The Oxford philosopher, Amia Srinivasan, argues in her book The Right to Sex that a professor has failed as a teacher if he uses his status to allow himself to become the object of desire to a student. The American academic Laura Kipnis contests however that bans on student relationships with lecturers treat women as children, when they are capable of making their own decisions. Her essay Sexual paranoia strikes academe was in response to the Northwestern ban mentioned above.

I’d suggest that these relationships are not simply about an academic and a student. They are about trust in, and the credibility of, our academic institutions. As Srinivasan pithily suggests, instead of sleeping with students, professors might be better off teaching them. This seemingly trite remark is informed by an understanding that a relationship affects a contractual duty to teach.

Relationships between lecturers and undergraduates affect more than two apparently consenting adults. I should know. It’s time to stop them.