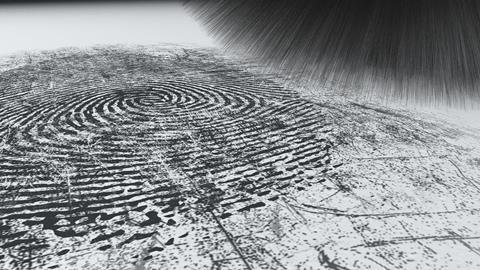 In the era of TV shows such as CSI, Silent witness and NCIS, it’s easy to believe that every crime scene is a treasure trove of forensic evidence. No prosecutor would even think of bringing a case to court without a bulging file of lab tests, would they? But while case review research2-3 shows that forensic evidence can play a significant role in criminal justice, research1-3 also shows that arrests are chiefly the result of ‘old fashioned’ police work – investigators conducting interviews to produce thorough witness and background statements. Forensic evidence does increase trial referrals, impact convictions and affect sentence lengths, but criminal proceedings can and do proceed without it.1-3 The case of David Dooley is a perfect example.

If you’ve ever ordered from Thermo Fisher Scientific, there is a chance your order spent time at the company’s distribution centre in Florence, US. It’s a huge, tightly controlled site – the size of four American football fields – with employees working round the clock to ship reagents, lab supplies and instruments. In the early hours of 29 May 2012, one of those employees was murdered.

The victim was Michelle Mockbee, a logistics support representative. Hoping to wrap up projects prior to a vacation, she had come to work early that day. Security cameras watched her arrive at 5.53am, then stop by the company time clock, where she bagged up the time cards before heading upstairs to her office.

About an hour later, a supervisor noted a large stain on the hallway carpet outside Mockbee’s office. Searching with the help of a facility janitor, they found Mockbee’s body in an unused area away from her office, her head and hands covered in plastic wrap. The distribution centre became a crime scene.

Investigators arrived and quickly locked down the facility, suspecting that the culprit was one of the 13 employees on site. Mockbee’s husband, Dan Mockbee, second-in-command at the distribution centre, was also added to the suspect list. Dan was not at work, but the victim was his partner and he had facility access. Investigators began to eliminate these 14 from inquiries. Linda Tally Smith, the Bourne County attorney who would later prosecute the case, said it was ‘like the game of Clue [Cluedo] … it’s a matter of accounting backwards and excluding people’.

The victim’s office door showed signs of an attempted break-in, and an autopsy revealed that she was bludgeoned to death, but the weapon was neither confirmed nor located. Investigators thought perhaps Mockbee surprised the person attempting to break into her office, and the would-be thief then turned killer. Tally Smith would later speculate at trial that the motive for the break-in was the time cards Mockbee had collected before heading upstairs. These were found next to Mockbee’s body, along with her purse. Tally Smith thought these time cards would reveal payroll fraud by one of the 13 employees at the distribution centre that morning, though to date no evidence of this has been presented.

Mockbee’s body, clothes, the plastic wrap, her purse, the bag of time cards, her office door, the hallway carpet, along with extensive areas of the floor on which the crime occurred were processed. DNA work on samples collected from Mockbee’s body, purse and the bag of time cards was completed. Unknown DNA profiles were obtained, but none matched the employee later arrested. Indeed, no latent prints, hair or fibre, toolmark or other conducted forensic evaluation were reported to provide a forensic link between this suspect and the crime.

In the days, weeks and months to follow, investigators eliminated all but one employee from their list. According to investigators, polygraph tests helped clear Mockbee’s husband and two employees who had seen the victim that morning, and tracking data from handheld devices carried by employees on the warehouse floor excluded most of the others. Physical limitation excluded the supervisor. That left one suspect: David Dooley, the janitor.

Dooley’s truck was filmed exiting the facility at 6.31am – right after investigators think the murder occurred. Footage also showed the janitor’s vehicle returning to the facility at about 7.00am, around 20 minutes before Mockbee’s body was discovered and police were notified.

The prosectors say Dooley used this trip to remove evidence from the crime scene and clean up at home, but searches of Dooley’s truck and house found no forensic evidence support the assertion.

Trial and a twist

Dooley was arrested about four months after the murder. This was due in large part to what investigators thought were inconsistencies in his story. Investigators said Dooley did not reveal two key facts in their initial discussions – that he was one of two employees who found Mockbee’s body and that he made that return trip the morning of the murder. Investigators also contend Dooley’s reason for going home that morning changed interview-to-interview. Dooley refutes the investigators’ version and the initial interactions the between investigators and Dooley were not recorded.

Dooley’s trial began in September 2014 and lasted less than a month. Tally Smith told the jury: ’the truth is there is no smoking gun, there is no one fingerprint, there is no eye witness’. Instead, the prosecutors focused on alleged inconsistencies in Dooley’s statements, the theft-turned-murder narrative, and how the process of elimination left only Dooley. The defence pushed back on the allegations by that Dooley changed his story, stressed the absence of forensic evidence, pointed to those unknown DNA profiles (none matching Dooley), questioned Dan Mockbee’s exclusion and countered the idea that the distribution centre was actually a secured facility. The jury deliberated for 16 hours. Dooley was convicted of murder and evidence tampering and sentenced to life in prison.

That was not the end of the case. In a twist worthy of a scripted drama, a whistleblower emerged with information obtained from a drive at the Boone County Prosecutor’s Office. As a result, the defence and court have been alerted to new evidence, new prosecutors have taken over the case and investigations have started into allegations the investigators gave false testimony. On 13 March 2017, Dooley’s defence team presented security footage that showed an unidentified man attempting to enter the distribution centre 10 hours before Mockbee’s murder. The defence says the original prosecution withheld this footage intentionally, and that emails between Tally Smith and a lead investigator support their claim.

While Dooley’s defence team had sought a new trial, they did not initiate the March 2017 hearing; the Kentucky Office of the Attorney General had filed a review motion, seemingly due to questionable conduct by Tally Smith. Boone County circuit court judge James Schrand, in his 18-page ruling, remarked on the uniqueness of this sequence of events.

On 12 May 2017, Schrand vacated Dooley’s conviction and granted Dooley a new trial. Schrand, who presided over Dooley’s 2014 trial for the murder of Mockbee, agreed with Dooley’s defence team that they should have been informed of the video showing an unidentified man at the distribution centre, plus other evidence the Boone County Prosecutor’s Office withheld.

Tally Smith has been called on to resign, while McVay retired in 2016. Dooley, meanwhile, remains incarcerated and currently awaits a new trial date.