The field of genome editing is experiencing explosive growth, facilitated primarily by the Crispr-Cas9 tool. Genome editors are quickly becoming indispensable, achieving a wide range of beneficial results with medical and industrial applications. However, these developments are outpacing related advances in biosafety and biosecurity that could help ensure these tools are used responsibly. As a result, genome editors create a dilemma: should we restrict their use in the face of uncertain threats, or embrace the potential they offer and hope that appropriate responses can be rallied if experiments bring serious risks to the fore?

It’s encouraging that this dilemma has already bubbled beyond scientific circles. Questions today over how to use genome editors safely have parallels to debates in the 1960s and 1970s over what level of security should be built into the collection of technologies that laid the foundations for the internet. Developed to facilitate the sharing of data among research institutions, few people initially gave much weight to the potential vulnerabilities that seamless connectivity might introduce. As the user base expanded and the number of nodes grew, hindsight came too late – computer viruses and network hacking went mainstream, and computer and internet architecture was too mature to effectively retool to counter the threat. Today, privacy, piracy and security concerns have only compounded with the extension of connectivity to social networks and the burgeoning ‘internet of things’. 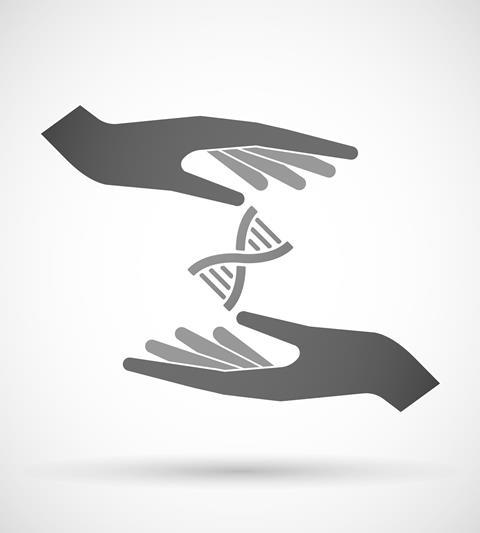 It is tempting to wish the security measures we are now scrambling to apply could have been built into systems from the beginning, as some of the internet’s developers originally counselled. If they had been, we might be closer to confidently enjoying the benefits of applications such as more pervasive electronic commerce, ubiquitously networked devices and personalised location-based services.

Society is not so naïve about genome editing and its disruptive potential as it was about the internet. Less efficient forms of genetic alteration have been studied for decades, and we have at least a grasp of what high-level issues to watch for as new editors are rolled out. The value of that foresight could be squandered, however, if powerful new methods for editing genomes are deployed in advance of the development and adoption of tools that minimise risks while facilitating benefits. Clearly, it would be ideal for an initial set of safety mechanisms to be built into new genome editing tools before they are launched.

For example, gene drives hold great promise in the fight against vector-borne infectious diseases such as malaria. But these will only be beneficial if we can ensure that any environmental release can be appropriately controlled or reversed. Other applications of gene editors, such as cellular therapies to treat cancer or correct genetic defects, also have potential to benefit humanity, but only with some reasonable assurance that such approaches – whether prophylactic or therapeutic – can be targeted accurately.

The Defense Advanced Research Projects Agency (Darpa), an agency of the US Department of Defense, has set out to build a biosafety and biosecurity toolkit that can be integrated into genome editing technologies at their inception, rather than retrofitted. The Agency announced its $65 million (£54 million) Safe Genes programme in September 2016, and anticipates that funded teams will begin in summer 2017 to develop the foundational knowledge, methodologies and tools that are essential for the safe application of advanced genome editors and derivative applications. Safe Genes aims to accelerate the collection of data currently missing from the debate on how to apply genome editors. The initiative also aims to strengthen the scientific foundation upon which formal safety standards for genome editing applications may someday be developed and adopted.

Safe Genes envisions creating new, modular biosafety and biosecurity options that can be layered as needed to accelerate gene editing research development, mature the knowledge needed to develop future applications and, if necessary, address threats. Specifically, the programme aims to develop genetic constructs that provide spatial, temporal and reversible control of genome editors in living systems; new small molecule and molecular countermeasures that provide prophylactic and therapeutic treatments to prevent or limit genome editing in organisms; and a capability to eliminate unwanted engineered genes from environments and restore systems to genetic baseline states.

Some may question why the US Department of Defense is funding this work. From a national security perspective, Darpa is interested in all technologies whose rapid pace of development and rate of adoption by researchers and tinkerers alike have the potential to pose strategic surprise. In particular, the steep drop in the costs of genomic sequencing and genome editing toolkits, along with the increasing accessibility of this technology, creates greater opportunities for genetic experimentation by people or states operating outside of the traditional scientific community. Safe Genes will provide new foundational knowledge and platform capabilities to protect society against the effects of not only acts of deliberate ‘bioterror’ by adversaries but also incidents of ‘bioerror’ that result from accidents, mistakes, or insufficient understanding of biosafety and biosecurity.

Importantly, however, Darpa also views genome editing as a largely untapped foundational technology with great potential. In addition to its commonly speculated potency as a tool in the fights against disease and invasive species, genome editing could also support a number of new or currently immature capabilities in energy, agriculture, materials science and even manufacturing, as microbes and other organisms are harnessed to produce novel chemicals, materials and coatings with unique properties.

Through the Safe Genes programme, Darpa aims to support this wave of innovation by giving researchers, regulators and policymakers a range of options to prevent unanticipated complications or intervene when needed. In delivering the knowledge, tools and data to enhance the performance and predictability of genome editing technologies, Safe Genes enables the field to move deliberately and responsibly from concept to application.